Actress Zoe Kravitz Developed A Fear Of Heights On The Set Of New Film Sequel Insurgent After Nerves Got The Better Of Her As She Prepared To Pull Off A Daring Stunt. 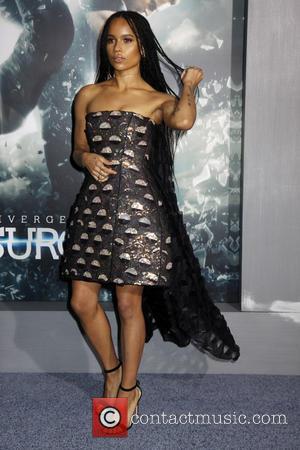 The star reprised her role as Christina from last year's (14) Divergent, the first film adaptation of the Veronica Roth book trilogy, for the second instalment of the dystopian movies, but she couldn't bring herself to leap off a rooftop ledge this time around, despite performing similar stunts in the last movie.

She tells the New York Post, "My body would not allow me to take that last step. We're harnessed in... but I couldn't do it."

A stunt double ended up taking Kravitz's place for the action sequence.