They're calling it a day more than a year after Phife Dawg's death.

It was a sad moment for hip hop fans everywhere as A Tribe Called Quest played their last ever show at Bestival in the UK, more than a year after the death of their brother and collaborator Phife Dawg. Perhaps the group will reform with a different line-up one day, but it doesn't look likely as of yet. The rap collective performed at Bestival in Dorest on Saturday (September 9th 2017), alongside the likes of The XX, Pet Shop Boys, Dizzee Rascal and Rag'n'Bone Man, but announced that it would be the very last show as Q-Tip, Ali Shaheed Muhammad and Jarobi White. 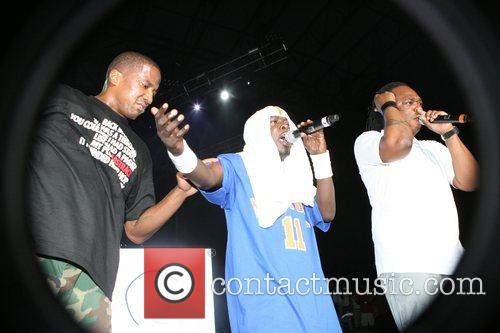