Review of Atomos Album by A Winged Victory For The Sullen

There is, it seems, a compulsion felt by most music scribes when offering criticism of ambient music to meet a scarcity of sound with an over-abundance of adjectives and imagery; to compensate for minimalism by offering maximalism. To waste words. This review is the product of such a compulsion, and no apology is offered. 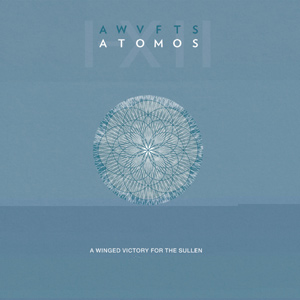 For A Winged Victory For The Sullen, the pianist/composer duo of Dustin O'Halloran and Adam Wiltzie deserve it. With the release of their 2011 self-titled debút the Berlin-based two-piece set up their stall on the absolute plateau of ambient music, creating an album that not only sat comfortably alongside the work of Adam's main project, the much-lauded Stars Of The Lid, but that came close to over-shadowing it. It was expansive yet restrained, perfectly composed yet gloriously free-flowing and utterly gorgeous from start to finish.

Despite the protestations of the co-conspirators behind the album, who stressed the fact that A Winged Victory For The Sullen was not merely a 'side-project' but an ongoing concern, it did feel like a one-off; the first and final hurrah of an entity that arose from a chance meeting between the two many years prior. This was not only due to the workloads of both artists outside of the 'project' but the fact that it was difficult to see where they could improve on their first release. 'Atomos' is how.

When analysing 'Atomos', you have to question the context that it sits in, and although such a drawing back of the curtains makes the task of categorising it much more difficult it must be said that it is inaccurate and unfair to call it an 'ambient' album, at least if you were to define 'ambient music' by measuring it against the oft-quoted definition offered by Brian Eno:

"Ambient Music must be able to accommodate many levels of listening attention without enforcing one in particular; it must be as ignorable as it is interesting."

'Atomos' is certainly not ignorable, and indeed it loses much of its majestic power if it is relegated to background music or if it is obscured by chatter. It is an album that is made for bedrooms lit barely by a candle's fire or train journeys through rural nowheres that are pockmarked with lonesome fauna and lightly kissed with snow. It doesn't necessarily need these clichéd environments, but it is wasted as a soundtrack for the formulaic and uninspiring.

Yet for those that cannot find such landscapes, for those who are imprisoned by the artificial luminescence and noise pollution of gridlocked cities, 'Atomos' will paint such landscapes for you. It has an extremely rare quality, a quality that it shares with its predecessor; without the establishment of a narrative or even the uttering of a single word it effortlessly conjures imagery that most authors would waste chapters on.

Perhaps this gives the best framework to define it. Where A Winged Victory For The Sullen's first full-length brought to mind the endless expanses of Cormac McCarthy's 'Border Trilogy', all midnight-blue frozen tundras of noble solitude, 'Atomos' is the equivalent of his opus 'The Road' if one were to turn a blind eye to the atrocities of humanity contained within it. At first glance it is hopelessly desolate but it is unfathomably rich upon full immersion, and built around a pulse, however slow and faint that pulse may be.

It is all this, and it is simply glorious. 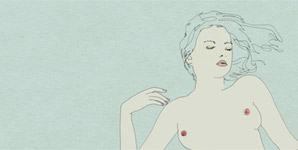