Adele postponing album to have baby

Adele's third album could be postponed so she can have another baby, despite the fact she hasn't released an LP in over four years. 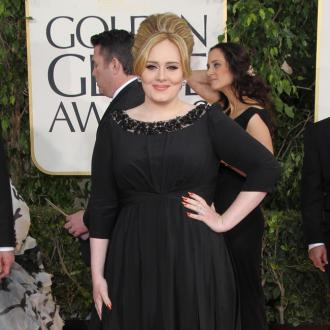 Adele's third album could be postponed so she can have another baby.

The 'Rolling in the Deep' hitmaker - who already has two-year-old son Angelo with her long-term partner Simon Konecki - is reportedly eager to have another tot, throwing the release of her long-awaited third album into uncertainty.

A pal of the singer said: ''Adele's made it clear she wants at least one more kid and is starting to get broody.

''She goes through phases of being completely inspired by her third album and then just wanting to have more kids and to live a normal life.''

The 27-year-old star released her second record, '21', in 2011, but has stayed silent about plans for her next LP, which was rumoured to have an autumn release date.

However, a source close to the singer continued to say her family takes precedence, despite the fact fans of the 10-time Grammy Award winner are desperate to hear new music.

The source told the Daily Star newspaper: ''While most people wait for the right time for a baby to fit into their life, Adele is pretty forthright in her view that if and when she gets pregnant again her career will have to fit around her family.''

Meanwhile, it was previously reported the mother-of-one had been writing and recording with Genesis rocker Phil Collins, having previously blanked him.

He said: ''She gave me a piece of music to finish and, at first, I didn't know whether I had failed the ­audition as I didn't hear back from her.''

However, a source later added: ''Over the past few months, Phil has been working on the tracks once again.

''Adele put all her work on hold for a while, so it wasn't anything personal. It was just delayed.''