Adele could be set to tour in 2015 after getting back into the studio to record new material. 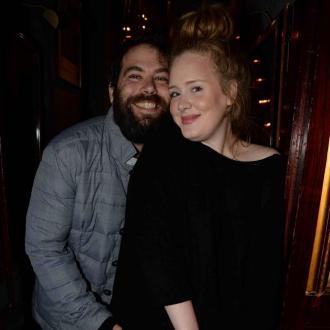 The 'Someone Like You' singer will reportedly head out on the road again next year after spending time being a mother to her 15-month-old son Angelo with long term boyfriend Simon Konecki.

A source told the Daily Mirror newspaper: ''At the moment the discussions are all about a 2015 tour of the UK and North America at least, possibly a world tour.

''She has managed to spend a lot of the past two years focusing on being a mother, and wants to continue to do that while releasing and promoting new material.

''She has been back to work but is recording at her own pace. Her appeal has always been the quality of her music so she isn't about to rush release anything just for the sake of it.''

The 25-year-old singer vowed not to tour again until Angelo turned two although she has been in the studio with composer James Ford and singer/songwriter Kid Harpoon, who has worked with the likes of Florence and the Machine.

Her last tour accompanied her multi-platinum record '21', released in 2011, although she was forced to cancel shows after suffering a hemorrhage on her vocal chords.

She underwent surgery and has been adamant she doesn't want to tour until next year even if the new album is released before the end of the 2014.

The source added: ''If her last sales are anything to go by, she doesn't exactly need to.''