In reality, Allison Williams is far from the character she plays on the small-screen, the 25 year-old recently became engaged to her boyfriend of three years, Ricky Van Veen. 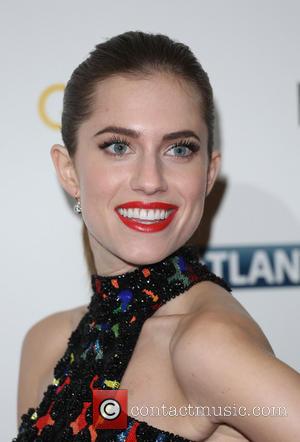 Allison Williams, who stars in the sitcom 'Girls', will be walking down the aisle in the near future.

The 25 year-old actress is engaged to her long-term boyfriend, and cofounder of CollegeHumor, Ricky Van Veen, People reports.

Unlike her character 'Marnie Michaels' on the HBO TV series, Williams hasn't found any trouble in becoming loved up and has dated Van Veen for the past three years.

The pair met through mutual friends while she was filming the pilot for 'Girls', according to the New York Post.

The daughter of NBC news anchor Brian Williams, is so loved up that she recently stated she will "walk away from" her career to start a family.

Williams told Glamour earlier this month, "My goal is to create a career I can walk away from and become a mom."

And it seems the rest of the bride-to-be's family also approves of the young entrepreneur, who is credited for helping set up Vimeo, as Williams' father is apparently a big fan of Van Veen.

While being interviewed By Larry King last month, Allison tried to avoid questions about her love life but did reveal the groom's future father-in-law "likes him a lot."

'Girls', which picked up two Golden Globes at last year's award ceremony, is in its third season on HBO and was William's break-out role.