Mark Ronson believes Amy Winehouse was ''freaked out'' by the level of success Adele received. 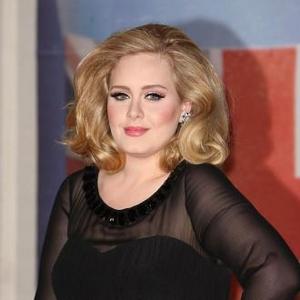 worldwide acclaim 'Someone Like You' hitmaker Adele received, according to their mutual friend Mark Ronson.

He said: ''She was in a bad state, God knows why. I think that the Adele thing had Amy freaked out. She liked her, but Adele's success was making Amy feel upset, competitive, restless. Anyway, we lost touch briefly. And before she and I could really start the process of beginning a new album, it was too late.''

Mark most recently worked with Rufus Wainwright on his new album 'Out of The Game', and he reveals he had ''plenty of time'' to collaborate on it.

He told the VillageVoice.com: ''Rufus was caught up in working on his opera 'Prima Donna'. So, I had certainly had plenty of time to think about what I wanted to add to 'Out Of The Game'.

''The time frame was unique for me. I listened to Rufus's demos for a year before starting the record. What initially seemed daunting was... several tunes had time signatures that were complex. I began as a DJ, so groove is very important to me. I needed time to figure out how [Ronson and The Dap-Kings] could make the stuff flow. Luckily, Rufus wasn't around too much. So I had time to arrange things.''