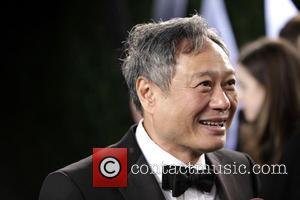 The Oscar-winning visual effects team behind Life of Pi had their awards acceptance speech cut short on Sunday night (February 24, 2013), it sparked further outrage amongst beleaguered visual effects workers in the film industry. Bill Westenhofer, who led the special effects team (along with Guillaume Rocheron. Erik-Jan De Boer and Donald R. Elliott) had intended to speak about the plight of Hollywood’s visual effects industry, in the wake of the bankruptcy of the very company winning the award. A protest outside the awards ceremony had already taken place, with The Guardian reporting that over 400 people had congregated in support.

Rhythm & Hues, the company behind the special effects in Ang Lee’s Life of Pi, filed for Chapter 11 bankruptcy recently – shortly after winning a Bafta award. Around 250 staff members had been laid off, amidst “mounting losses,” LA Times reports. So, when Westenhofer’s speech was cut short (with the music from the soundtrack to Jaws, no less), the award-winners, along with hundreds of supporters were outraged.

After the awards, Westenhofer was given the opportunity to say what he would no doubt have liked to have said in front of the much vaster audience watching the ceremony itself. “At a time when visual effects movies are dominating the box office, visual effects companies are struggling,” he explained, “I wanted to point out that we aren't technicians. Visual effects is not just a commodity that's being done by people pushing buttons. We're artists, and if we don't find a way to fix the business model, we start to lose the artistry. If anything, 'Life of Pi' shows that we're artists and not just technicians.”

Watch the trailer for Life of Pi