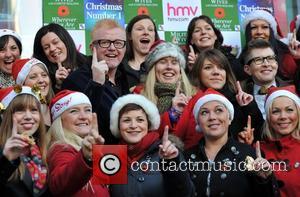 The Military Wives took home the single of the year award at the Classic Brit Awards beating the likes of Nessun Dorma and other seminal songs. The choir are led by choirmaster Gareth Malone and are the girlfriends and wives of military men serving Britain abroad. They formed on the BBC show The Choice and released their now award-winning single to raise money for charity; they shocked themselves and the country by managing to take the Christmas number one spot and beating out X Factor 2011 winners Little Mix with sales of over 600,000.

Accepting the award at the Royal Albert Hall in London, Malone called the honour "the candle on the icing of a very large cake". The Wives celebrated at the event by performing their Diamond Jubilee anthem Sing, accompanied by the song's composers Andrew Lloyd Webber and Gary Barlow on pianos.

Other winners at the event included violinist Andrew Rieu, who won his second album of the year award, for And The Waltz Goes On. In a notable turn of events, it also meant that the actor Sir Anthony Hopkins gained a share of the award after composing the title track. Rieu paid tribute by calling him "the greatest actor we now have on the planet", though it was praise played down by Hopkins, who was effusive of the performer he'd collaborated with.