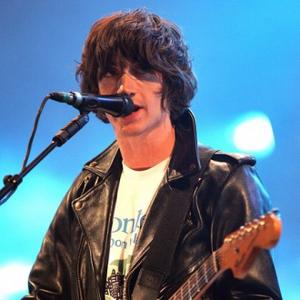 The 'Don't Sit Down 'cause I've Moved Your Chair' rockers showcased tracks form their latest album 'Suck it and See' as well as their biggest hits as part of the free series of concerts at London's Roundhouse venue.

Walking on stage to Hot Chocolate's 'You Sexy Thing', the four-piece group opened with new track 'Library Pictures', before moving on to 2007 single 'Brianstorm'.

Frontman Alex Turner rarely engaged with the crowd throughout the performance, but after playing new track 'She's Thunderstorms' he said: "That was from the new Arctic Monkeys album 'Suck it and See'. And we'll have some from that later, but now," before launching into 'Teddy Picker' from debut album 'Whatever People Say I am, that's What I'm Not'.

The group - completed by Jamie Cook, Nick O'Malley and Matt Helders - concentrated on material from 'Suck it and See' and their first two albums, playing only one track, 'Crying Lightning', from 2009's 'Humbug'.

Alex has recently said the band are "more confident" now and he feels their songs are so good, they can work on improving their stage show, rather than their songs.

He said: "We're more confident as a band at the moment. We can relax a bit more and put more effort into our high kicks now. Maybe it'll be time to get some pyrotechnics out soon."

The band's set climaxed with the slow burning '505', for which they introduced support act Miles Kane, who joined the group to play guitar.