Ashlee Simpson to have 'eclectic' wedding

Ashlee Simpson and Evan Ross are planning an ''eclectic'' wedding ceremony on the evening of August 31. 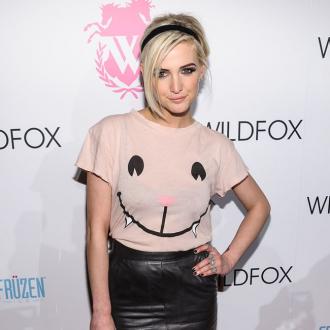 The couple will tie the knot at the 'Hunger Games: Mockingjay' actor's mother Diana Ross' estate in Greenwich, Connecticut, on the evening of August 31, with white lanterns lining the walk way to the alter and hanging from overhead tree branches.

A source also told E! News that Ashlee - who has a five-year-old son, Bronx, from her marriage to ex-husband Pete Wentz - is opting for mismatched dresses for her bridesmaids.

Evan, 25, proposed to Ashlee in January after six months of dating but he previously admitted he wanted to marry the 29-year-old star almost as soon as they met.

He said: ''I was giving it time only because I wanted to give it time, but I would have asked her a month after I was with her.''

And the 'Wilderness of James' actor couldn't be happier.

He gushed: ''We just want to be married. We're in love. This is the most incredible time I could ever think of in my life and I'm young, but the same time, I've lived a different life than most and I can't think of a happier moment.''