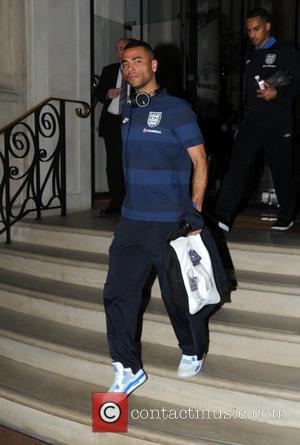 Ashley Cole’s new partner is apparently a “bisexual ex-topless model,” with such a high sex drive that her friends call her a nymphomaniac. Anna Kelle, star of the MTV reality show 'The Valleys,' met Ashley (Cheryl Cole’s ex) through Twitter and they’ve now been dating for a couple of weeks. On the weekend, the pair of them were reportedly spotted partying in London’s upmarket Chelsea Harbour, where Chelsea were celebrating a 4-1 win over Wigan.

The Sun reveals that Ashley and Anna visited a shisha bar in Knightsbridge, before they met up with friends and headed to a club at the May Fair hotel. One eyewitness told the paper “They looked smitten and were whispering into each other's ears.” Another told them “They were in a corner snogging like teenagers. They were kissing and cuddling and laughing and Ashley was playing with her hair. He seemed besotted.”

It doesn’t seem as though the couple, both 32, will be making any efforts to keep their relationship under wraps, Anna posted on Twitter after their night out “London fun with Ashley x” and later said “Amazing time in London.” She’s currently filming a series in Wales and Ashley was gentlemanly enough to drive her back to her home city of Cardiff.