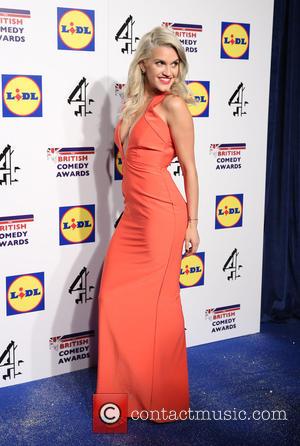 Picture: Ashley Roberts - Photographs of a variety of British stars from the comedy scene as they arrive at the British Comedy Awards 2014 in London...

Singer Ashley Roberts celebrates Christmas twice every year - but she is never allowed anywhere near the festive feast.

The former Pussycat Dolls star returns to her native Arizona each December to enjoy 'Christmas in the desert', complete with a cactus for a festive tree.

She celebrates with her mother on Christmas Eve before heading to her father's for Christmas Day, but she is such a terrible cook that she is banned from the kitchen throughout the two-day partying - until it's time to wash up.

Roberts says, "I have both parents so I do Christmas Eve with mum and Christmas Day with dad, and I am on dish duty. They don't want me in the kitchen! So I do a little dancing and sing stuff instead. I entertain!"