Barbara Windsor Vows To "Carry On" In Face Of Alzheimer's Disease

A brave message from Barbara Windsor was shown on 'Loose Women' this week, following news that the actress has been coping with Alzheimer's for four years.

Dame Barbara Windsor has spoken publicly for the first time since news broke that she has been suffering from Alzheimer’s disease for years, vowing to her fans that she will “carry on”.

A week ago, the 80 year old television legend’s husband Scott Mitchell told The Sun that the former ‘EastEnders’ and Carry On… film star had been diagnosed with Alzheimer’s back in 2014. They had decided to keep the diagnosis private, but Mitchell said that her “deteriorating” condition in recent months had meant they now wanted to stop any rumours.

In a recorded message played on ITV’s ‘Loose Women’ on Friday (May 18th), Windsor herself thanked panellist Jane Moore – who had broken the original story in The Sun last week – and thanked fans for their well-wishes and support.

Continue reading: Barbara Windsor Vows To "Carry On" In Face Of Alzheimer's Disease

The 80 year old legend's husband told The Sun that she has suffered from Alzheimer's for the past four years.

British television and screen legend Dame Barbara Windsor has been battling with Alzheimer’s disease for the last four years, her husband has revealed.

The 80 year old star was diagnosed with the neurodegenerative condition, which affects memory and behaviour, back in April 2014. However, Windsor’s devastated husband Scott, 55, told The Sun in an emotional new interview that they decided to keep the diagnosis private until now, because her symptoms have deteriorated significantly in the last few weeks and rumours had started to circulate.

“Since her 80th birthday last August, a definite continual confusion has set in, so it's becoming a lot more difficult for us to hide,” he told the newspaper. 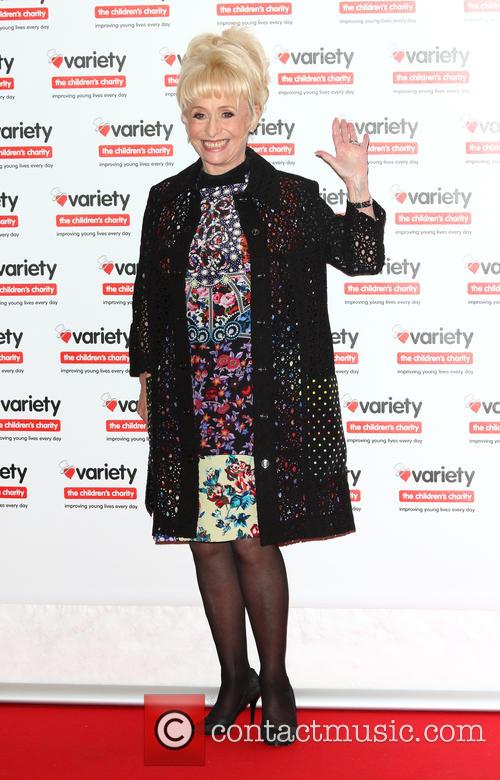 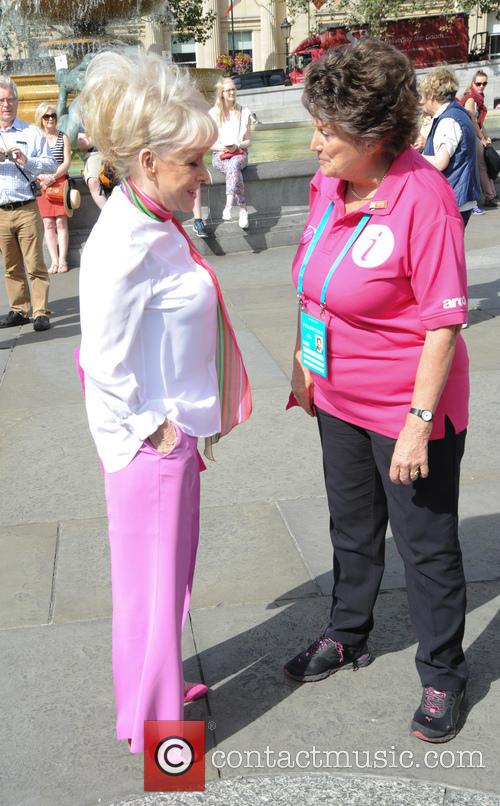 Eastenders’ Peggy Mitchell bowed out of the show last month, in a heartbreaking suicide storyline.

Channel 4’s ‘Gogglebox’ reportedly cut scenes of the show’s families reacting to Peggy Mitchell’s suicide on ‘Eastenders’ because they were too raw. Each week the show features families from across the UK reacting to the week’s TV, but the scenes involving Mitchell caused the families to get too emotional and personal. Speaking to the Daily Star, ‘Gogglebox’ contributor Lynne Gilbey, who stars on the show alongside husband Pete and son George said: “Pete broke down because he thought of how him and his brother felt when they lost their mum.” Continue reading: 'Peaky Blinders' Gets Renewed For Another Two Series

Barbara Windsor To Be Immortalized With BBC Life Story 'Babs'

Barbara Windsor is a legend of British TV, and while the character she is best known for - feisty landlady Peggy Mitchell in 'EastEnders' - has passed, she still deserves to be honoured in the best way possible. Hence, the BBC is turning her life story into a TV movie entitled 'Babs'.

Barbara Windsor gets a TV movie of her own called 'Babs'

The only thing we're questioning about this new venture is who could possibly portray Dame Barbara Windsor in a movie about her life. She is very much a unique woman, who will be greatly missed from 'EastEnders', and is inimitable in so many ways. The new film will be released on BBC One as a 90 minute special in 2017 and will coincide with her 80th birthday celebration. It will be written by Tony Jordan, who served as the lead writer on 'EastEnders' for four years between 2003 and 3007.

As Alice is once again taken into the magical and mysterious world that she's somehow connected to, Alice finds herself with her friends on the other side of the looking glass. Through Alice doesn't really know why, she's attached to the peculiar world and its inhabitants but her latest visit will put the young girl in grave danger.

The Red Queen has gained a dangerous new ally who is out to find the young blonde haired girl. As the clock ticks and tocks, the game of kings becomes a whole new reality and Alice must find a way to beat her opponents.

Alice in Wonderland: Through the Looking Glass is based on the characters from Lewis Carroll's novel and is produced by Tim Burton. The Muppets director James Bobin directs the feature film. The Eastenders' actress is being recognised for her charity work.

British actress Barbara Windsor is to become a dame in the New Years’ honours list, thanks to her decades long acting career and her tireless charity work. The 78-year-old, who is already an MBE, is best known as 'Eastenders'’ Queen Vic barmaid Peggy Mitchell and for her roles in numerous Carry On films. Barbara Windsor is to become a dame in the New Years’ honours list.

A Buckingham Palace source said told The Sun: “The Queen was delighted when Barbara’s name was put forward. Like Her Majesty, she is someone who has been part of the fabric of the way of life in Britain for many years.”

Continue reading: Barbara Windsor To Be Made A Dame In New Years' Honours List 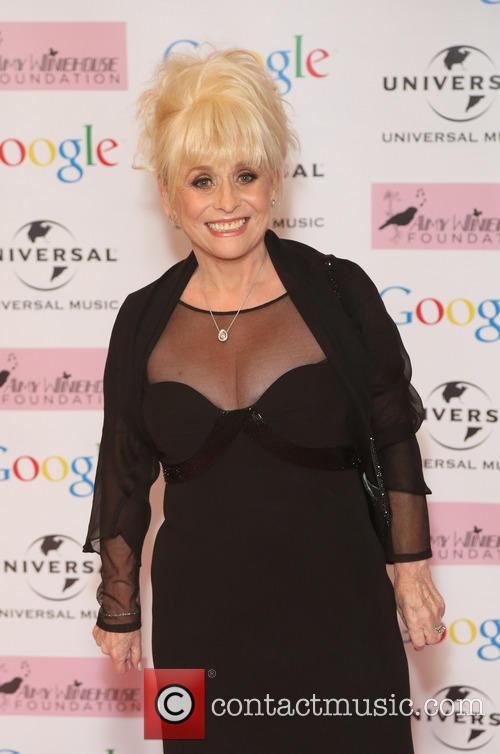 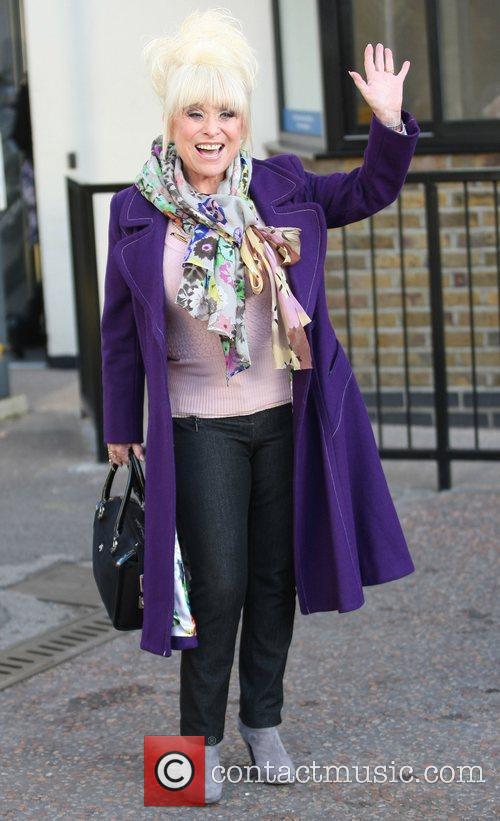 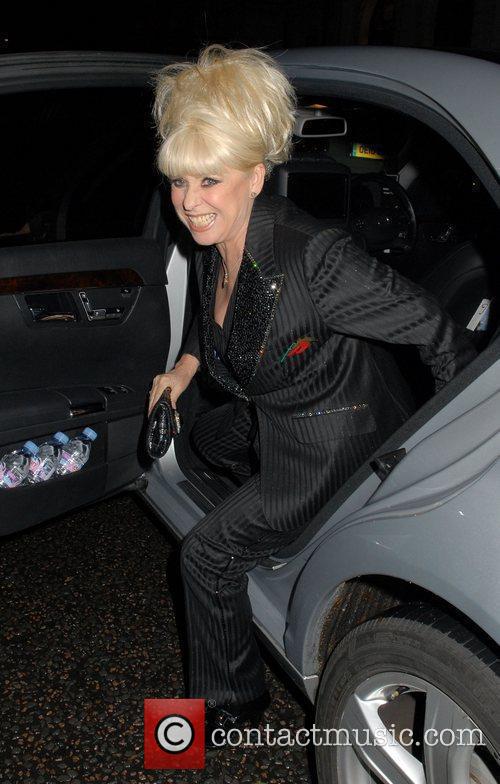 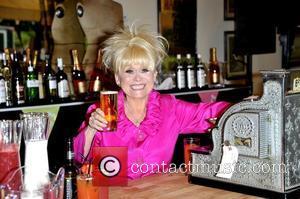