The Marvel Cinematic Universe continues to go from strength to strength, with recent release 'Black Panther' officially becoming the biggest superhero cinematic release of all time. Showing no signs of slowing down, Marvel Studios are clearly set on ploughing ahead with their slew of planned big screen projects, one of which is 'Captain Marvel'.

Ben Mendelsohn's role in 'Captain Marvel' is shrouded in mystery

The comic book world is one that has seen a number of characters take on the mantle of Captain Marvel, but in the MCU it'll be one taken by Carol Danvers. Played by Brie Larson, the movie will serve as the first female-led superhero flick from the MCU, and could prove to be a major success if the love for the DC Extended Universe's 'Wonder Woman' is anything to go by.

It seems certain that 'Captain Marvel' will serve as an origins story for the character, with Danvers working as an officer in the United States Air Force before receiving superpowers due to an explosion.

Larson will be joined by some big names in the film, including Jude Law as original Captain Marvel, Mar-Vell; and Ben Mendelsohn in a role that hasn't officially been confirmed just yet, but is heavily rumoured to be the primary villain of the piece. Though he's not been open about his character, Mendelsohn did recently chat about why he thinks Larson is the greatest choice for the titular hero that Marvel Studios could have made. Speaking with ET, the actor said: "Brie is absolutely perfect for that role. Why? Because she’s a strong, yet sensitive, contemporary female. She is a champion, she’s a fantastic actress and she’s a great human. So you can’t ask for better for Captain Marvel."

Larson's debut as Danvers is going to be a compelling watch. She's already set to make her return in the currently untitled fourth 'Avengers' movie, which will drop just a couple of months after 'Captain Marvel', so filmmakers will be banking on her making a great impression with her solo outing.

Mendelsohn meanwhile is no stranger to tackling darker roles, starring in 'The Dark Knight Rises', 'Rogue One: A Star Wars Story', and new Steven Spielberg release 'Ready Player One' to name just three. Discovering exactly who he'll play in 'Captain Marvel' should be very exciting indeed.

More: Kevin Feige On How The Marvel Cinematic Universe Will Combat "Superhero Fatigue"

'Captain Marvel' is currently set for release in March 2019. 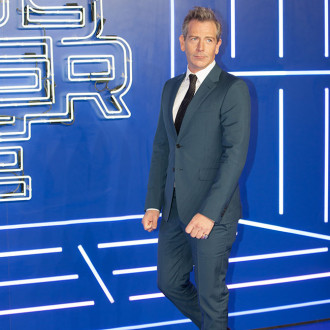 Ben Mendelsohn to star in The Marsh King's Daughter 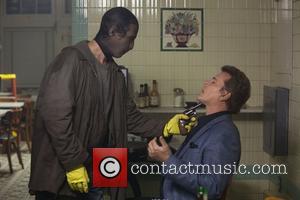