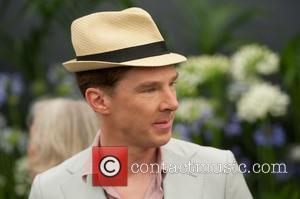 Actor Benedict Cumberbatch has dismissed rumours he has been cast as the titular role in the upcoming Marvel film Doctor Strange.

Reports suggesting the Sherlock star is the top choice to play the latest page-to-screen superhero recently surfaced, but Cumberbatch has shot the speculation down, pointing to his busy schedule for turning down the role.

During an interview with MTV News at 2014 Comic-Con on Thursday (24Jul14), he admitted, "As far as I'm aware, even if that was the case, it couldn't work out because I'm doing a little play called Hamlet in London. So I don’t think I could even if that was in the cards. It sounds like a fantastic project. It's a shame if I miss out, but who knows?"

Cumberbatch is gearing up to make his return to the London stage this August (14), to play the title role in Shakespeare's play, which runs through October (15).

Doctor Strange, which tells the story of a former neurosurgeon who turns into the Sorcerer Supreme will be directed by The Exorcism of Emily Rose filmmaker Scott Derrickson.