Childhood: Benedict Cumberbatch was born in London. His parents are actors Timothy Carlton and Wanda Ventham. He attended Brambletye School in West Sussex and obtained a scholarship for Harrow School. It was there he embarked on his acting career and appeared in several plays. He also enjoyed rugby and painting oil canvasses at the school. Before attending the University of Manchester to study drama, he took a gap year in Tibet where he taught English at a monastery. When he graduated, he trained at the London Academy of Music and Dramatic Art.

Acting Career: Benedict Cumberbatch has been in several classic plays in various London theatres; notable appearances include his role as Tesman in Hedda Gabler and as Victor Frankenstein and his creature in 'Frankenstein'. In 2000, he made his television debut on 'Heartbeat' and later appeared in 'Tipping the Velvet', 'Cambridge Spies', 'Fortysomething', 'Spooks' and 'Silent Witness'. His breakthrough came with BBC film 'Hawking' in 2004 which earned him a BAFTA TV Award nomination for Best Actor. His non-television movie roles include William Pitt the Younger in 2006's 'Amazing Grace', the villainous Paul Marshall in 'Atonement', Williams Carey in2008's 'The Other Boleyn Girl' and of course Peter Guillam in the Academy Award winning 'Tinker Tailor Soldier Spy'. In 2012, he portrayed Smaug the Dragon and the Necromancer in the first two instalments of the new Peter Jackson trilogy of 'The Hobbit'. He is also set to star in the new sci-fi flick 'Star Trek into Darkness'.

Personal Life: Benedict Cumberbatch was previously in a 12 year long relationship with TV actress Olivia Poulet before splitting in 2011.

His modesty on this subject is unparalleled Britishness.

Benedict Cumberbatch appeared on 'The Ellen Degeneres Show' this week and finally opened up about that fateful evening in 2017 which saw him rescue a delivery cyclist from an aggressive mugging on the streets of London, not far away from his famous TV character's home on Baker Street.

Benedict Cumberbatch at the Emmy Awards

The 'Sherlock' star admitted that he felt 'weird' talking about the whole situation because of how it's been blown out of proportion in the press. According to him, there was nothing heroic about his getting out of a taxi to rescue the victim - but even with his downplaying the scene, we're still impressed.

By Holly Mosley in Lifestyle / Showbiz on 10 September 2018

These screen heroes became real life heroes when they put their lives on the line.

It's impressive enough when ordinary civilians put themselves on the front line in a dangerous situation to rescue their friends, familiy and even people they don't know. But when celebrities do it, it completely changes the way people view them. And heroism among the elite is not as uncommon as you might think.

1. Jamie Oliver - Last week, the celebrity chef pursued a man on foot after he attempted to break into both his London home and a neighbour's, and ended up pinning him to the ground and holding him there until the police arrived on scene. The would-be burglar was described as 'aggressive', but Jamie wasn't about to give in when he had a wife and five children to defend.

Continue reading: Jamie Oliver And 8 Other Celebrities Who Risked Their Lives In The Name Of Heroism

Benedict Cumberbatch has had a great time playing Doctor Strange in the Marvel Cinematic Universe, and hopes he gets the chance to continue.

As one of the world's most beloved actors, with scores of fans doing their all to see everything he's a part of, Benedict Cumberbatch has to-date had quite the career. Whether he's playing Sherlock Holmes on the BBC or stepping into the shoes of the mysterious Doctor Strange in the Marvel Cinematic Universe, he's somebody who has shown his acting chops on multiple occasions.

His flexibility on screen hasn't gone unnoticed, and the star is in such high demand that he's had to turn down making more series of 'Sherlock' in favour of giving his all to Hollywood, according to some reports. With no signs of slowing down, Cumberbatch has opened up about what being a part of the MCU means to him, and the role of Stephen Strange. Note that there are spoilers for 'Avengers: Infinity War' in Cumberbatch's comments.

Benedict Cumberbatch’s career is soaring with the British actor currently appearing as both big and small screen titular characters in Marvel Universe’s Dr Strange and Sky Atlantic’s Patrick Melrose. However, it seems the star still has time for his home country after it was recently announced the 41-year-old will lead in a new Channel 4 drama, provisionally titled Brexit.

Benedict Cumberbatch is to star in a one-off show, titled Brexit

Cumberbatch will take on the role of Vote Leave director and strategist Dominic Cummings in the one-off programme about the 2016 referendum.

If you ever wondered how the cast of the Marvel Universe manage to get such amazing bodies for films like 'Avengers: Infinity War', you might be surprised to know it's not all down to diet and exercise. Of course, that's the main thing, but Benedict Cumberbatch reveals some unusual trade secrets.

The 41-year-old admits that he didn't even try and keep up with the muscle madness of Chris Pratt and Chris Hemsworth for 'Avengers: Infinity War', but it was a different story for 'Doctor Strange' where he had to undergo some gruelling last-minute preparations to look the best he could possibly be for his shirtless moment.

Benedict Cumberbatch returns to his role of Doctor Strange in the upcoming Marvel Cinematic Universe release.

There's now just over a month to go until the next chapter of the Marvel Cinematic Universe's 'Avengers' adventure hits the big screen with 'Infinity War', and the excitement amongst the fan base is higher than ever before. Thanos (Josh Brolin) is ready to claim the final Infinity Stones for his gauntlet, and if he's successful in doing so, he'll easily wipe out all of his enemies and claim ultimate power. Benedict Cumberbatch will return to his role of Doctor Strange in 'Avengers: Infinity War'

Most of the characters we've been introduced to in past MCU films will be coming together to take on Thanos, with the Guardians of the Galaxy teaming up with the Avengers for the first time, doing their all to stop chaos and destruction. Everybody will have to put their differences aside however if they're to bring Thanos down.

He stars as the literary alcoholic in the forthcoming Showtime program.

Benedict Cumberbatch stars as the high-class drug addict and alcoholic Patrick Melrose in a mini-series adaptation of the novels, which is set to air on Showtime later this year. It's a 5-episode series, with each episode based on one of the books within the literary collection.

Benedict Cumberbatch on the set of 'Patrick Melrose'

Patrick Melrose may have been brought up in a wealthy and respectable family, but that doesn't mean his life is automatically set to go down the right path. With money and privilege comes indulgence, and with each trial and tribulation that happens within his dysfunctional life - an abusive father (Hugo Weaving), a cruel mother (Jennifer Jason Leigh), his parents dying, marriage, fatherhood - the temptation to sink into the peace of alcoholism and heroin addiction becomes harder to resist. The actor is also very excited to see Jodie Whittaker's version of the Doctor in 'Doctor Who'.

The world of acting has always been stacked against women. Fortunately, things seem to be changing as time goes by, as many discovered a little earlier this year when it was revealed 'Broadchurch' star Jodie Whittaker would become the Doctor in the next series of BBC One sci-fi series 'Doctor Who'. Traditionally always played by a man, the gender-switch came as a shock to a lot of people, but the majority of the 'Doctor Who' fanbase were excited to hear about the decision; many even thought that it was long overdue. 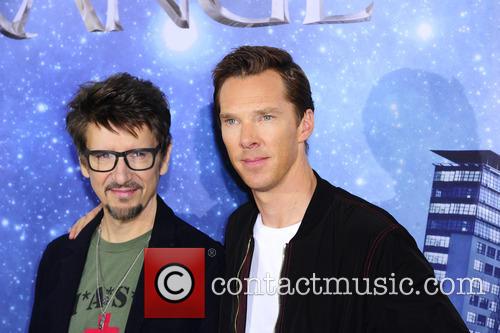 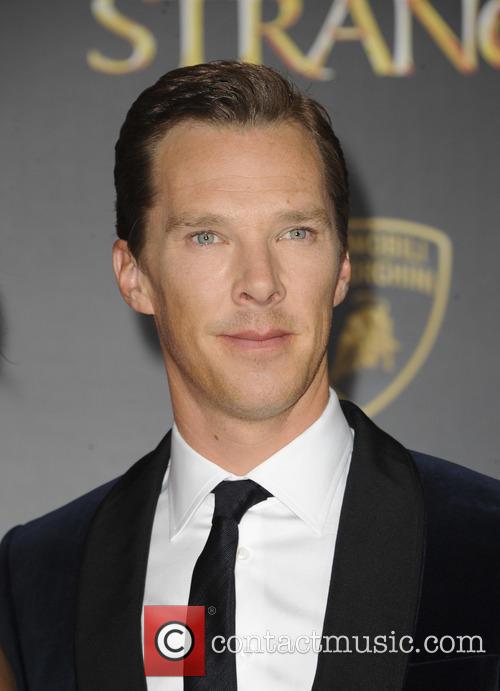 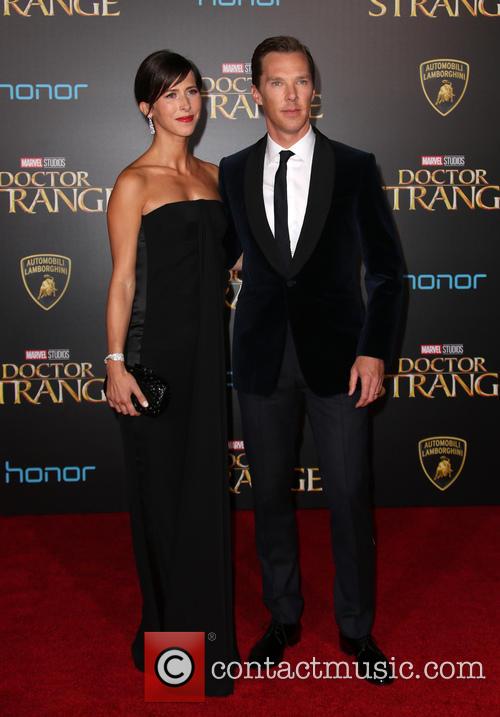 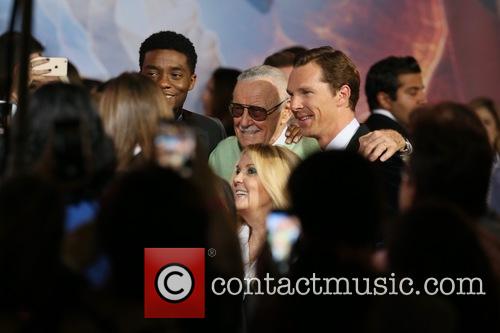 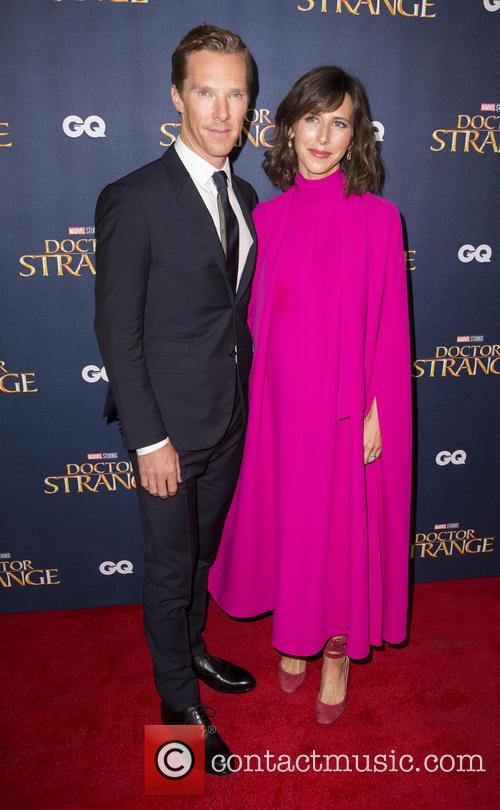 From Doctor Strange To Sherlock: Ten Of Our Favourite Benedict Cumberbatch Characters