By Bill Gibron
Good
It's a damn shame. As a stand-up Bernie Mac had no equal. He even made a winning transition to television with his hit semi-autobiographical sitcom. But as an actor, success as the lead in a major motion picture seemed to elude him. Sure, Mac made appearances in such monster hits as the Ocean's franchise and Transformers, but his contributions were as a supporting, not starring role. That's why it's a shame he had to die before Soul Men could hit theaters. Under the watchful eye of growing genre ace Malcolm D. Lee, Mac finally finds a main character to match his oversized abilities. While not his actual swan song, it becomes a fitting (if ironic) finale.

During their heyday in the late '60s/early '70s, Marcus Hooks (John Legend) and the Real Deal -- Floyd Henderson (Bernie Mac) and Louis Hinds (Samuel L. Jackson) -- were R&B icons. But as with most legendary acts, acrimony led to a split-up and solo work. Hooks was a smash. The Real Deal had one hit, and then faded into obscurity. When death takes the famed frontman away from the world, VH1 decides to hold a tribute concert, and the Deal's former manager (Sean Hayes) is selected to secure their participation. Unfortunately, Henderson is living in an upscale retirement community, while Hinds is trying to put his life back together after a stint in prison. Refusing the offer at first, they finally embark on a five-day cross-country road trip. Playing pick-up dates along the way, they hope to make it to New York's Apollo before the final curtain falls. 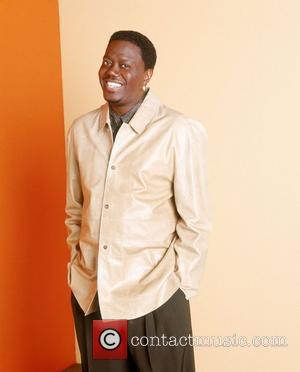