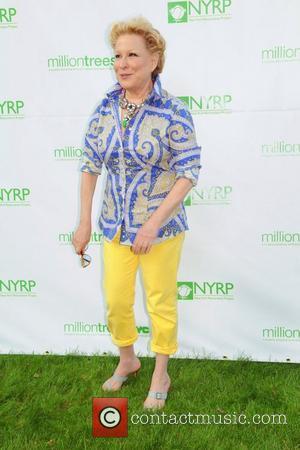 Veteran entertainer Bette Midler has pulled out of her role as music mogul Phil Spector's attorney in a new TV movie after injuring her back.
The singer/actress was cast as Linda Kenney Baden in May (11) and was set to star alongside Al Pacino, who portrays the jailed producer in the film.
Production began on the as-yet-untitled HBO project in New York earlier this month (Jul11), but TV producers are now scrambling to find a replacement for Midler after she was diagnosed with a slipped disc and ordered to rest by doctors.
In a Twitter.com post to fans on Wednesday (13Jul11), Midler writes, "People, I'm in pain! Herniated disk (sic) in cervical spine! No Hbo movie for me!"
Spector was sentenced to serve 19 years to life behind bars after he was convicted of the 2003 murder of actress Lana Clarkson in 2009.