Blur Frontman Damon Albarn Made A Surprise Appearance At The Closing Night Of Banksy's Dismaland Art Park In The U.k. 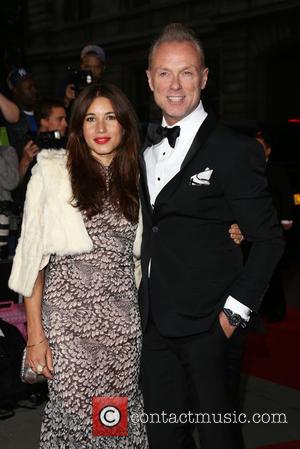 The gig took place in Weston-super-Mare, England on Friday (25Sep15), where the artist's Disney-inspired 'bemusement park' is based. The installation featured work from Banksy and other artists including Damien Hirst and Jenny Holzer.

British band Massive Attack were due to headline the closing night, named The Masked Ball, but were forced to pull out. De La Soul performed instead, with Damon Albarn joining them for a rendition of Gorillaz track Feel Good Inc.

Ticket-holders attending the closing night, who were able to view the 18 art installations until 11pm, were told they would be refused entry if their faces were not covered.

A gig has been held at the park every Friday since it opened in August (15), with performances from bands including Sleaford Mods and Savages.

It was recently reported that the art installation boosted tourism revenue in the region by more than $32 million (£20 million).