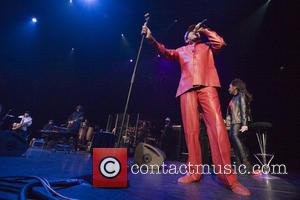 Soul legend Bobby Womack has passed away at the age of 70 due to a currently unconfirmed cause. The singer enjoyed a long and illustrious career in soul that spanned six decades and saw him work with a diverse range of fellow artists, including Sam Cooke, Ray Charles, Wilson Pickett, Sly Stone, Damon Albarn and Gorillaz.

Born on the 4th March 1944 in Cleveland, Ohio, began his career as part of his family band, The Womack Brothers, which toured the gospel circuit of America. Impressively musically talented from an early age, Womack and his band were soon signed to SAR Records by Sam Cooke.

In the late sixties, Bobby embarked upon his solo career, playing guitar for artists such as Aretha Franklin and honing his songwriting technique. His debut album, Fly Me To The Moon, saw the young artist claim his first hit with a cover of 'California Dreamin'.'

In his early career, he was better known as a songwriter and session musician with The Rolling Stones, Janis Joplin, George Benson and Chaka Khan among the many big-name artists who recorded his songs whilst Ray Charles, Elvis Presley, Dusty Springfield and Aretha Franklin utilised his distinctive guitar flourishes.

Womack continued to forge his collaborations with artists of the era whilst fostering his career as a solo performer. Fine-tuning his image and sound with 1972's Communication, Bobby earned his first top 40 hit with 'That's The Way I Feel About Cha,' which peaked at number two in the US R&B chart.

Bobby continued to raise his profile with extreme productivity: he released two more albums in '72 that saw him propelled into the wider public consciousness. Despite a messy personal life, including affairs, a son who took his own life and drug use, Womack quickly earned respect for his considerable musical prowess.

He encountered difficulties when he was dropped by his record label after recording a decidedly anti-trend country album in 1976 but returned to form with his 1980 hit single, 'Inherit the Wind.' There was a scattering of albums through the late 80s and 90s as well as more collaborations with such artists as Living in a Box, Todd Rundgren, the Wu-Tang Clan and Lulu.

Bobby Womack was inducted into the Rock And Roll Hall of Fame in 2009 before Gorillaz and Damon Albarn introduced the aging singer to a whole new generation with the single 'Stylo,' which Womack co-wrote and sang on.

Though his countless musical credits are an inspiration to any artist working today, it is Womack's soulful and rugged gospel baritone that most of the world will remember him by.

He is survived by his sons Bobby Truth, Cory and Jordan, and a daughter, Gina.