Brendan smiles with Yaya (Tron: Legacy) and Colm (Get Him To The Greek) jokingly asking "How's it looking?" as yet more photos are taken. The 43-year-old actor stars as Maguire, an antique shop owner, in this comedy drama about a botched fish market robbery 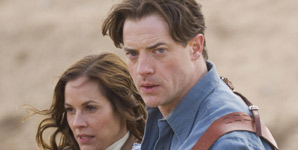