By Holly Williams in Bizarre / Weird Wonderful on 07 October 2015

The actor was out for a run in Richmond Park when he was forced to step in.

It's not uncommon to be struck with sudden labour while out in public when you're heavily pregnant. There's many a story hitting the papers about kind strangers delivering babies in traffic jams, car parks, bus stops etc. - but imagine if that stranger was Brian Blessed? When one woman found herself with an unexpected urge to push while out in Richmond Park, she probably became resolved to the fact that she had to try and deliver her own child. Fortunately for her, help arrived in the form of British stage and television actor Blessed who happened to be out running when he came across the woman about to give birth under a tree.

Continue reading: Brian Blessed Reveals He Once Delivered A Stranger's Baby In The 60s

Following the incident in in January, doctors have urged the huge-voiced actor to withdraw from the rest of the play's run because of a heart condition.

British actor Brian Blessed has been forced to withdraw from his starring role in a production of ‘King Lear’, having collapsed on-stage during a performance a couple of weeks ago.

The 78 year old actor collapsed during the January 19th performance at Guildford's Holy Trinity Church after delivering only a couple of lines before fainting and falling off a raised platform. He was treated off-stage and bravely returned just twenty minutes later to complete the rest of the epic tragedy. Brian Blessed returned to the stage to finish the performance.

Brian Blessed, the 78-year-old veteran actor, collapsed on-stage while playing King Lear in Guildford on Monday night (January 19). The actor had begun to deliver his opening lines in Shakespeare's tragedy when he failed and fell from a raised platform.

Daily Mail critic Quetin Letts reported that Blessed's fellow actor Noel White said: "Ladies and gentlemen, this is not part of the play. Is there a doctor in the house?"

The actor was approached in the mid '60s to play the Doctor, but turned it down because he was too busy

Legendary English actor Brian Blessed has revealed that he was once offered the role of Doctor Who by the BBC, but turned it down because of his busy schedule. Blessed told the Radio Times that he was approached and asked to step in as William Hartnell’s replacement in the mid-1960s. If he had said yes, Blessed would have been the second incarnation of the Doctor, but instead that role was taken by Patrick Troughton in 1966.

Continue reading: Brian Blessed Reveals He Turned Down The Chance To Play Doctor Who 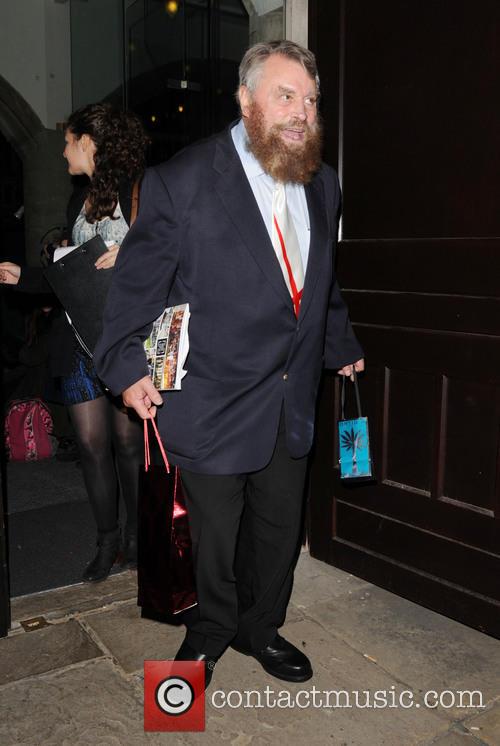 The Pirates! In An Adventure With Scientists! Review

The film is almost too crowded with witty visual and verbal gags to catch on a single viewing. Although it's also too corny to be a real classic.

The Pirate Captain (voiced by Grant) never gets any respect, especially with the Pirate of the Year competition gearing up. But his first mate (Freeman) and rag-tag crew (Tovey, Gleeson and Jenson) are fearlessly loyal. While accumulating plunder to win the award, they accidentally hijack a scientific ship and then travel with Charles Darwin (Tennant) to win a science prize in London. But this means that the crew needs to get dangerously close to venomous pirate-hater Queen Victoria (Staunton).

Continue reading: The Pirates! In An Adventure With Scientists! Review

The Pirate Captain, although relentlessly optimistic, has never won the Pirate of the Year Award. Perhaps it has something to do with his crew - many of them are pirates but some aren't (and one is a fish dressed in a pirate hat). Or maybe it's because he doesn't have much of a success rate when it comes to stealing treasure.

Continue: The Pirates! In An Adventure With Scientists Trailer

By Christopher Null
Very Good
Tarzan the Ape Man gets the Disney treatment this year. For some classic characters (Snow White, Bambi), the transition has been a positive one. For others (Pocahontas), it's been a disaster. Thankfully, Tarzan is among the former group.

The last time we saw Tarzan, he was saving a Lost City in the worst film of 1998 (shockingly titled Tarzan and the Lost City). The story is a bit more traditional this time, with Tarzan adopted by gorillas after his human parents are killed by a leopard. When he grows up, a group of British explorers stumble upon him, and after the "You Tarzan, me Jane" exchange, the British bad guy, Clayton, decides he's going to take all the gorillas back to Britain for sale. Adventure ensues, along with a love story and singing.