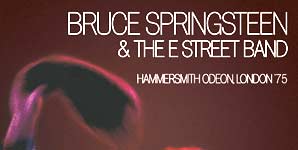 The Hammersmith Odeon performance immediately became a classic and defining moment in history of the band, perfectly encapsulating the passion, the drama, the intensity, and all that embodies this extraordinary band. The concert became a mythical event to long-time fans; it was seemingly a fabled story about one of the most legendary performances in the band's illustrious career.

The album is also available to download from major music downloading services from 7th February.

Glen Campbell... Ill Be Me

Bruce Springsteen We Take Care Of...

Bruce Springsteen The Ghost Of Tom...