Willis is no stranger to wearing wigs, but his Trump homage may be his best yet.

Bruce Willis debuted a new look during his appearance on Friday night’s edition of 'The Tonight Show Starring Jimmy Fallon', wearing a blonde Donald Trump style wig. The actor was appearing on the late night talk show to promote his new movie Rock the Kasbah as well as his upcoming Broadway debut in Misery. 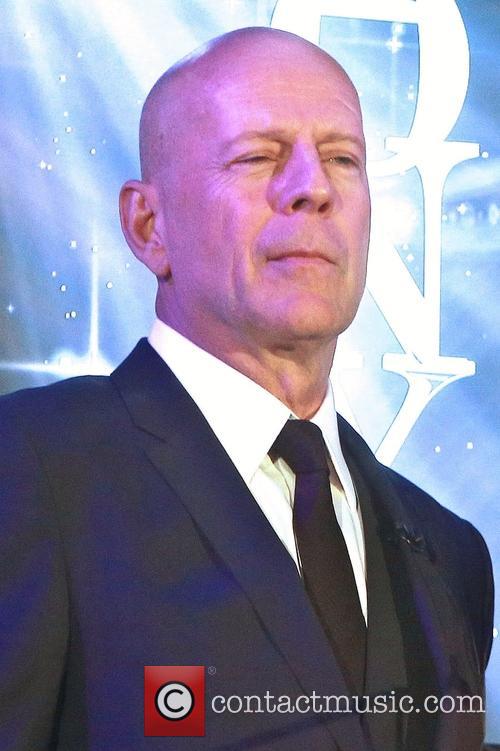 Bruce Willis donned a Donald Trump wig during his appearance on 'The Tonight Show'.

Wearing a suit and a red tie Willis took to Fallon’s sofa, giving a very presidential wave and pointing to an audience member while saying, "I like that guy.”

"What's going on with the hair?" host Fallon asked the actor. "It suddenly has just seemed to grow exponentially, and I was a blonde when I was a kid.” Willis explained. “So this is your hair. Do you shave it for your roles?” Fallon added.

“A lot if times I’ll start with hair then I’ll just shave it. Shave it down, nice and shiny, I don't have to worry about it,” Willis answered, before protesting again that we were indeed seeing his natural locks.

Fallon then brought out stills of Willis in some of his most famous roles, including Armageddon, Die Hard and Pulp Fiction, showing Willis with the blonde Trump hair on his head. They even went as far as to play a scene from The Sixth Sense, with Willis wearing superimposed wig on his head.

The actor then put on a red Trump hat which read 'Make America Great Again' to stop the host (and the rest of us ) from being distracted by the hair, before he spoke about his new movie. "That's Bruce Willis. That's what I'm talking about. Much better now. Now I know who you are. I love all your stuff," Fallon said when Willis put on the cap.

"How exactly do you comb it?" Fallon then asked "Right to left," Willis answered. ”Depending on the wind, really it just handles itself." The actor then added that the product in his hair is "sand, beach sand.” “That's how I keep this shape,” Willis explained. "It's like a dune and a little water slide in the back.”

Willis will next be seen in comedy Rock the Kasbah, in which he plays a character "that just can't stop killing,” according to the actor. The film also stars Bill Murray, Zooey Deschanel and Kate Hudson. It hits US theatres on October 23rd.