The Reviews Are In For Bruno Mars' Unorthodox Jukebox 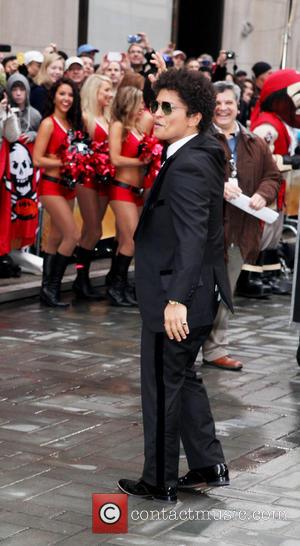 The reviews are in and it looks like Bruno Mars’ new album, Unorthodox Jukebox, will be a critics’ darling.

While most don’t deny the record’s tendency to imitate or, to put it more gently, resonate classic '80s and '90s pop and the call-backs to artists like Michael Jackson and Sting are duly noted, everyone seems to love or at least appreciate Unorthodox Jukebox. Rolling Stone calls the album “the stuff of great pop” and Mars himself - “a master song-crafter and a nimble, soulful vocalist”. The songs that receive the highest praise from most reviewers are, unsurprisingly, tracks like 'Gorilla,' 'Natalie' and 'Money Make Her Smile' – songs, which don’t deviate too much from Mars’ poppy roots, but still emphasize his new found edge. The The Independent’s Andy Gill criticizes the singer's decision to go for imitation, albeit well-executed, while Vibe’s John Kennedy notes the record’s constant mood swings, referring to it as “schitzophrenic” but also praising its emotional charge and ease at incorporating numerous influences.

Mars’ strong vocals are praised in nearly every review across the web. No surprises there, since it was the Hawaii-born singer’s crooning that attracted fans and critics alike to his first album. Overall, if the reviews are anything to go by, it looks like Unorthodox Jukebox is definitely one to look out for.