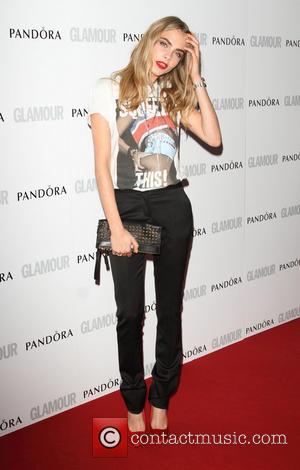 British model Cara Delevingne has confirmed she is working on her debut album, which she hopes will feature her pop star pal Rita Ora.

Rumours have been circulating about the 20-year-old catwalk star's plans to storm the charts and just last week (ends02Jun13), she was photographed heading into a London recording studio with Ora.

But Delevingne warns fans they may be in for a long wait before she releases any songs as she wants her first musical venture to be perfect.

She tells Britain's Daily Star, "Hopefully she (Ora) can be part of it, as I love her, but we'll see. I'm really taking my time with it. I don't want to rush anything. I want it to be right."