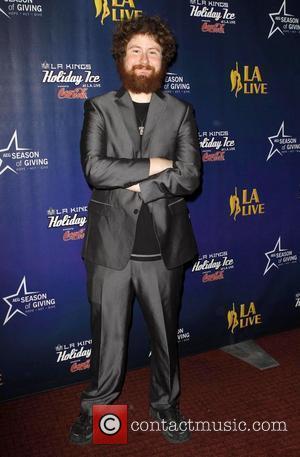 Casey Abrams has continued the 10th season of American Idol's remarkably successful trend of its finalists getting signed up, after penning a record deal with Concord Music Group. Abrams is the sixth act from that series to gain a contract after Scotty Mccreery, Lauren Alaina, James Durbin Haley Reinhart and Pia Toscano - of those MCCreery, Alaina and Durbin all have albums out already.
20 year-old Abrams finished 6th in the competition, his last performance being a rendition of 'I Put A Spell On You' by SCREAMIN' JAY HAWKINS - a track he'd performed in the semi-finals. Despite that disappointment however it seems that it's far from the end of the road for the artist and, taking to YouTube, he professed his happiness at the turn of the events. Usa Today reports that he posted a video of himself reflecting on the deal, singing "I'm going to make you music that you can't get out of your head/For those lonely days when you can't get out of your bed/I think it will be pretty good/I won't make it too Hollywood," and titling the 90 second clip 'Signed!'
Abrams' new label are largely known for their history of jazz performers, something that reflects in their new signing's own soulful style; however they can also boast former Beatle Paul McCartney on their roster and he'll be releasing his new album 'Kisses From The Bottom' through them on February 7th.

Casey Abrams - Get Out Video