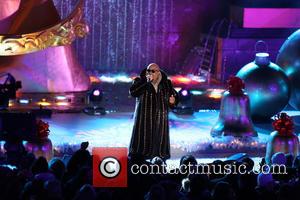 The three musicians went to the same Atlanta, Georgia high school and would regularly hang out together, and when Big Boi and Andre 3000 decided to embark on a career in rap, they briefly considered bringing Cee Lo into the band.

However, the Forget You hitmaker was busy making his own moves with his Goodie Mob crew so Outkast was launched as a duo.

When quizzed about the longstanding rumour during an interview on ThisIs50.com, Big Boi said, "Yeah... He was hanging out with us. We go way back, so kinda (he was considered). For a brief minute. Me and Dre was just together more. We would see Cee Lo sometimes but not all the time like that. Me and Dre was together day in, day out (sic)."

All three pals went on to make their mark on the music industry, and now Cee Lo, who started out as a rapper before embracing his singing vocals, has found international stardom as a judge/mentor on U.S. talent show The Voice.