The Voice Reaches Eighth Round Of Blind Auditions 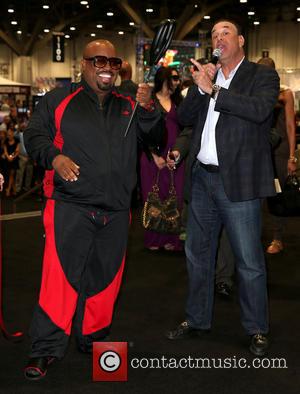 The Voice reached its eighth round of blind auditions - truly it feels like things are moving fast this year. Is that down to the sheer quality of the contestants and the multiple vast talking points they're giving us? We're not so sure, certainly we'd say the last couple of rounds have seen some wannabe stars perhaps harshly overlooked as spots on all four of the voice coaches teams begin to fill up.

There were nevertheless more who managed to make it to the next stage, and none more notable than Chevonne, whose back story included the fact that she's currently a backing singer for Lady GaGa and claimed that she was tired in being in her employer's shadow. You're far from the only one Chev. She added a heart-tugging touch to the story by claiming she'd struggled with an eating disorder, and soon impressed coach Cee-Lo Green with a powerful rendition of the Pretenders' Brass In Pocket.

Another notable among the handful who made it through, was 46 year-old Rudy Parris. A country veteran, he'd previously played with Hank Williams III but gave up on his career to raise his daughter. Now fully-raised, Parris was keen to get back on track and it's no surprise that he ended up with country man Blake Shelton. Among those bottoming out was the unfortunate Rod Michael; a cocky 31 year-old who claimed to be in a famous boy band from Europe, he was quickly put in his place after failing to receive a single vote.