By Alister Roberts in Music Reviews on 08 October 2014

Chilly Gonzalez, a Canadian-Jewish born, now Germany-based musical mastermind of future positions unknown is most notably known for his eloquent compositions, as well as frequent piano chart mash-ups. Coupled with German born electro God Boys Noize, most notable for his mixes of David Lynch, Depeche Mode and Daft Punk, and we have 'Octave Minds'; an ambient follow-up to 2010's debut collaboration 'Ivory Tower'. Stated as 'New Age Electronic Romance', we took a listen to see what the boys had in store this time round. 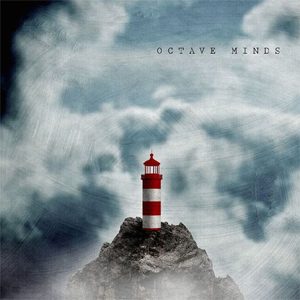 Track one, 'Symmetry Slice', is a grand taste-bud tickler as we are introduced, first of all, to the world of Chilly Gonzalez. Not only an intro to the album, but an intro for those unfamiliar with Chilly and his genius melodies. At first, there are hints of a much more subtle Boys Noize than we have ever seen before, but it turns out that 'Symmetry Slice' is just an extremely modest track - a taster of much more to come.

Already we're getting a whiff of this notion of a transcending voyage, really digging its teeth into new ground. 'Initials KKK' is a prime example of this, with tinkling essences of Gonzalez's arpeggiating velvet tones, at one, of course, with Boys Noize's ear for tasteful, classy production.

By Hannah Spencer in Music Reviews on 18 September 2012 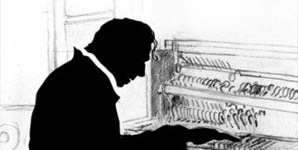 It may come as something of a surprise from someone perhaps better known as a hip-hop/rap producing electronic artist, but Solo Piano II does as it says on the tin; it's Chilly Gonzales' second collection of solo piano offerings. 2004's Solo Piano in fact remains his best-selling album to date, so why not come back with more?! Solo Piano II, written and performed entirely by Gonzales who began to teach himself piano at the age of three before going on to classically train at university, opens with 'White Keys'; an entrancing composition with an undulating left hand part throughout. The piece works its way through the range of the piano offering varying levels of drama throughout the way; there's intensity in the lower sections, while higher sections offer much more of a gentle relief. 'Kenaston', on the other hand, sounds like a piece for a summer's day stroll with its jazzy twinges and easy going, laid back feeling with a delicate melody throughout. There's a change of guise again, however, with 'Minor Fantasy' which, as its title may suggest, offers a more sombre feel; a sombre waltz that lurches through uneasy tonality into a brief glimpse of hope and then back to the anxious melancholy of its opening, then drawing to a low and downhearted conclusion. Solo Piano II is obviously fuelled by Gonzales' classical training throughout and nods, in some places more than others, to many a name from the history of music; the likes of Eric Satie, for example. 'Escher' is one of the more traditional classical style keyboard compositions on the album, with its busy left hand accompaniment to right hand melody throughout. Again, Chilly Gonzales effortlessly explores much of the piano's expansive range. 'Nero's Nocturne' has a steady 6 feel established in the steady rhythmic left hand part which accompanies a folk-like melody. Gonzales' compositions may well have grown out of improvisations but they've progressed much further than meandering explorations into well-structured pieces in their own right. Much of this collection sounds thoughtful and is expressive at least dynamically, though more metronomic and mechanical in terms of tempo. The solo piano nature of this album brings to mind the likes of Ludovico Einaudi, but where Einaudi's compositions are largely a kind of progressive minimalism, those of Chilly Gonzales are more traditional and nod to more of a traditional classical style; evenly structured with clear tonality as well as distinct melody and accompaniment. 'Train Of Thought' is a brief exception to this; it grows from low-pitched undulating broken chords which gradually evolve into a more expansive range. The steady development of melody through harmony definitely nods to Einaudi, minimalism and film music. That said, however, Solo Piano II is like a 'classical' suite of compositions but each with the duration of a more popular, mainstream track. Calm, steady-paced compositions ('La Bulle') alongside more playful melodies ('Othello') and contrasting, faster-paced, more on-edge interjections ('Evolving Doors'), Solo Piano II may take people by surprise, but pleasantly so. Hannah Spencer

Gonzales or Chilly Gonzales, the doppelganger he has taken up on and off since his 2000 release The Entertainist, has long been a contributing member of the Canadian music scene, whether as a virtuoso pianist or an accomplished producer and songwriter. Yet it is his work as one of the most unassuming MCs, which has unsurprisingly caught the attention of most people over the years. 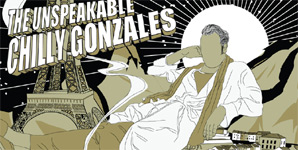 Chilly Gonzales - I Am Europe

Chilly Gonzales releases the new single I Am Europe on August 2nd 2010 through Boyznoize Records.

Continue: Chilly Gonzales - I Am Europe