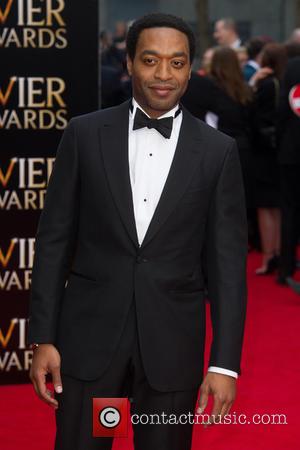 Picture: Chiwetel Ejiofor - A host of celebrities were photographed as they arrived to the 2015 Olivier Awards which were held at the Royal Opera House...

Ejiofor will embrace his bad side to play Marvel villain Baron Mordo, opposite The Imitation Game star as the titular neurosurgeon-turned-sorcerer, reports Deadline.com.

Another Brit, Tilda Swinton, was recently cast as The Ancient One, the Tibetan mentor to both Mordo and Strange. The role was originally written as a male in the comic books, but Marvel Studio executives decided to switch up the character's sex for Swinton, who played a man in 1992 arthouse movie Orlando.

The Exorcism of Emily Rose filmmaker Scott Derrickson will direct the blockbuster, which is scheduled for release in November, 2016.