Christina Aguilera will join Cee Lo Green and Adam Levine as judge and mentor on TV show 'The Voice'. 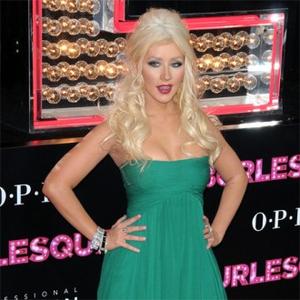 Christina Aguilera has been announced as a judge on new singing competition show 'The Voice'.

The 'Dirrty' singer - who was arrested for public intoxication yesterday (01.03.11) alongside boyfriend Matthew Rutler who was charged with driving under The Influence (DUI) - will be the third member of the judging and mentoring panel on the new TV show alongside Cee Lo Green and Maroon 5's Adam Levine.

She said in a statement: "I am so excited to be part of such a wonderful project that celebrates music and the talent behind it. To be given the opportunity to help shape new artists' careers and mentor them to see their dreams come to fruition is a task I welcome with open arms. I am so happy to be working with fellow Grammy Award winners Adam and Cee Lo as I feel there is so much we can all bring to 'The Voice'."

The NBC show is set to rival 'American Idol' and Simon Cowell's US 'x factor' when it launches In America later this year.

'The Voice' is to be produced by Mark Burnett and John de Mol, who created 'The Voice of Holland', the Dutch show it is based on and late night talk show host Carson Daly has been lined up to present.