Childhood: Adam Levine was born in Los Angeles. His parents are Fred and Patsy Levine. He is Jewish but chose not to have a Bat Mitzvah. He attended French Woods Festival of the Performing Arts Camp and Brentwood School where he formed his first band Kara's Flowers with best friend Jesse Carmichael. They released one unsuccessful album and even appeared in 'Beverly Hills, 90210'. He also attended Five Towns College but dropped out to form Maroon 5 with former Kara's Flowers members Jesse, Mickey Madden and Ryan Dusick, plus additional guitarist James Valentine.

Musical career: Adam Levine released album 'Songs About Jane' with Maroon 5 as their debut in 2002. It reached number one in the UK and was based on lyrics Levine wrote about his ex-girlfriend. Maroon 5 have since released another three albums; 'It Won't Be Soon Before Long', 'Hands All Over' and 'Overexposed'. Levine has been involved with various collaborations. He has featured on songs by the Ying Yang Twins, Kanye West, Alicia Keys and Gym Class Heroes. He co-wrote Natasha Bedingfield's song 'Say It Again' and recorded 'Gotten' for Slash's first solo album in2009. Adam Levine: Other career ventures His TV appearances include a stint on Saturday Night Live's Digital Short 'Iran So Far' in 2007, an appearance on Comedy Central's 'Night of Too Many Stars' in 2008 and as a judge and mentor on the hit TV singing show 'The Voice'. He is also set to appear on the second season of 'American Horror Story: Asylum'. In 2014, he made his acting debut in 'Begin Again' alongside Keira Knightley and Mark Ruffalo. In 2008, he teamed up with First Act to design the First Act 222 Guitar which became available at Target. He also launched his own record label in 2012 called 222 Records as well as a '222' perfume at Macy's in 2013.

Personal Life: Adam Levine lives in the Hollywood Hills with his friend Gene Hong. In 2010, he announced that he was dating Victoria's Secret model Anne Vyalitsyna but they later split in 2012. In 2014, Adam married Victoria's Secret model Behati Prinsloo in Cabo San Lucas, Mexico. As part of testicular cancer awareness, he did a naked centrefold for UK Cosmopolitan in 2011. He is an avid yoga fan who enjoys Ashtanga, Vinyasa, Jivamukti, Iyengar and Anusara yoga with his instructor Chad Dennis. He was diagnosed with Attention Deficit Hyperactivity Disorder as a teenager and has raised awareness of the issue with a 2011 campaign.

Angry viewers accused the Maroon 5 singer of sacrificing DeAndre Nico for Reagan Strange during last week's show, despite the fact that she didn't even perform.

Adam Levine has spoken out in response to the backlash that followed his decision to encourage viewers to save ‘The Voice’ finalist Reagan Strange, despite the fact she was too ill to perform at the weekend, which ended up with rival DeAndre Nico getting eliminated instead.

The dramatic incident happened on last week’s episode, when 14 year old Reagan Strange found herself in the bottom three and under threat of being voted off, alongside Nico and Dave Fenley. As such, they were allowed one last chance to perform and save themselves.

However, NBC host Carson Daly told audiences that they would still be able to vote for Strange, despite the fact that she was too ill to perform. Levine, therefore, was the coach and mentor for two of the three singers under threat.

Is this the most exciting episode yet?

In probably the most thrilling edition of Carpool Karaoke yet, Adam Levine joined James Corden on the 'Late Late Show' segment this week. They talked bad band names, raising 'Angelino' children and balancing acts - but also managed to dangerously conquer a race track and get pulled over by cops.

The pair sang Maroon 5 classics like 'Moves Like Jagger', 'This Love', 'She Will Be Loved' and 'Sugar', as well as the latest single 'Wait' from their 2017 album 'Red Pill Blues'. But the group weren't always going to be called Maroon 5 - indeed, their first proper name was the fairly terrible 'Kara's Flowers'.

Continue reading: Adam Levine And James Corden Get Pulled Over By Cops On Carpool Karaoke 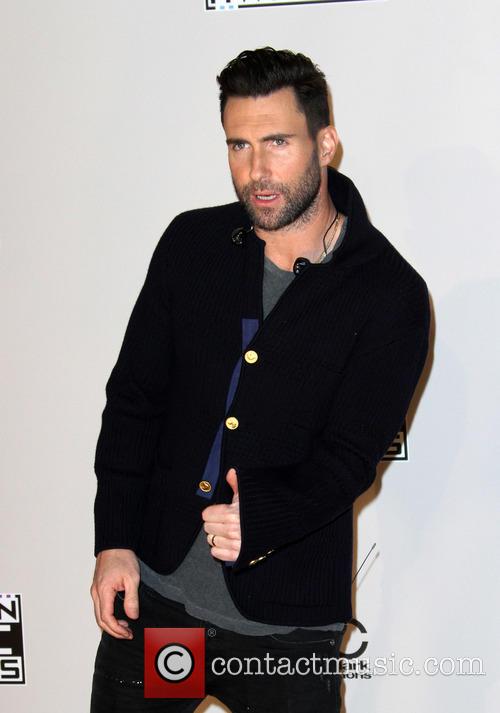 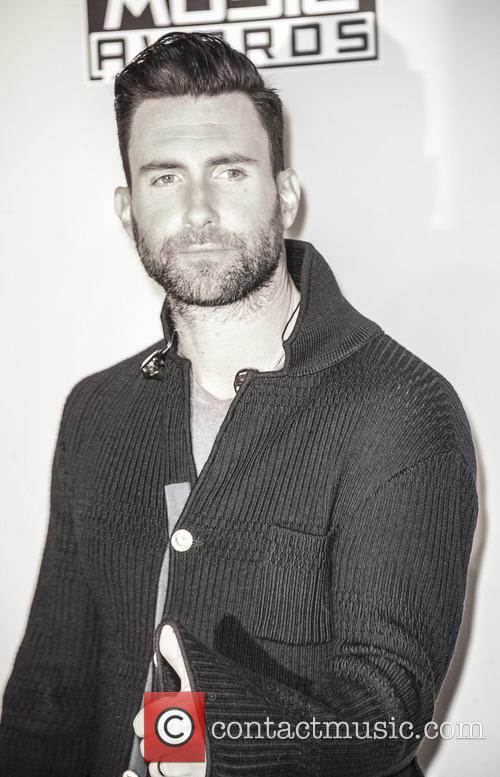 Adam Levine dresses as a pokemon for Maroon 5 music video seen out and about in Los Angeles, California, United States - Saturday 27th August 2016 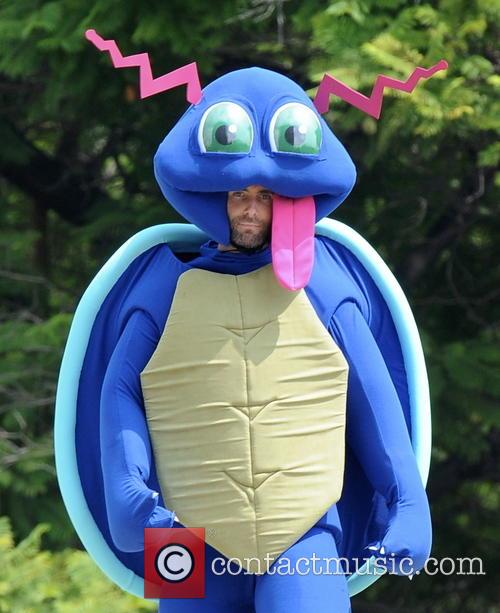 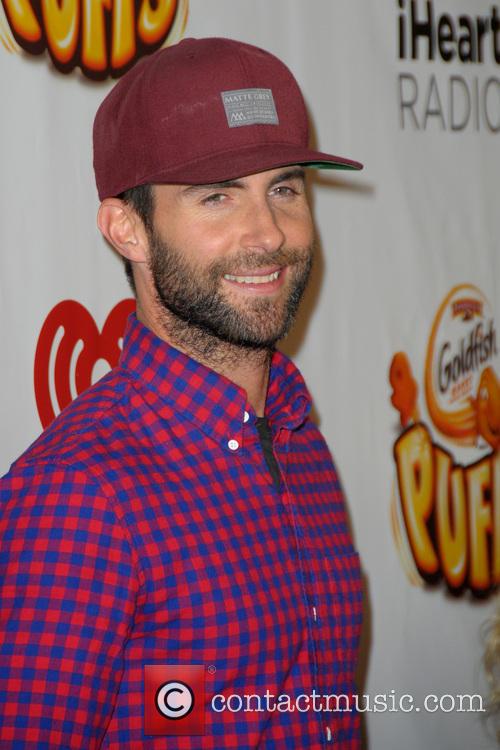 Rihanna Confirmed As Key Adviser For Season 9 Of 'The Voice'

RiRi will be available to give advice to contestants from all four judges' teams during the Knockout Rounds.

‘The Voice’ is lining up yet another big name for its ninth season with the announcement that Rihanna is to be the new key adviser.

This comes hot on the heels of the news that Gwen Stefani would be one of the four judges when the singing competition returns on September 21st on NBC. The network’s president Robert Greenblatt announced on Thursday (August 13th) at the TCA press conference in Beverly Hills that the ‘B**** Better Have My Money’ singer would be playing a major role. Continue reading: Rihanna Confirmed As Key Adviser For Season 9 Of 'The Voice' Lead singer of the American pop rock band Maroon 5 and coach on The Voice USA Adam Levine was flour-bombed outside the studios for Jimmy Kimmel Live! in Los Angeles, California, United States - Wednesday 6th May 2015 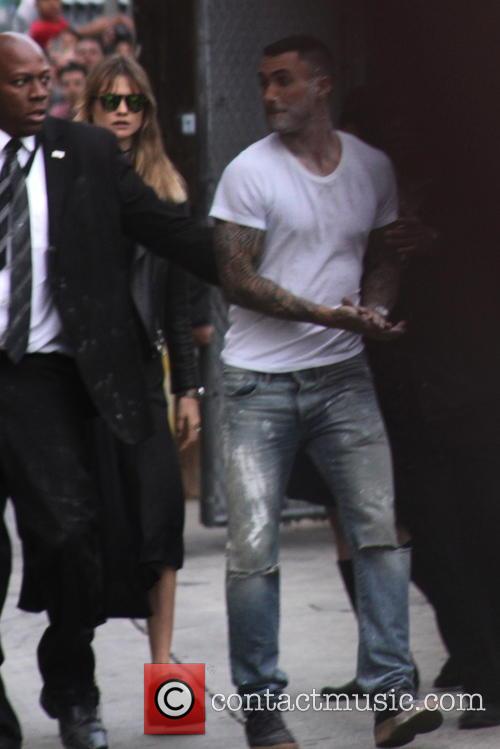 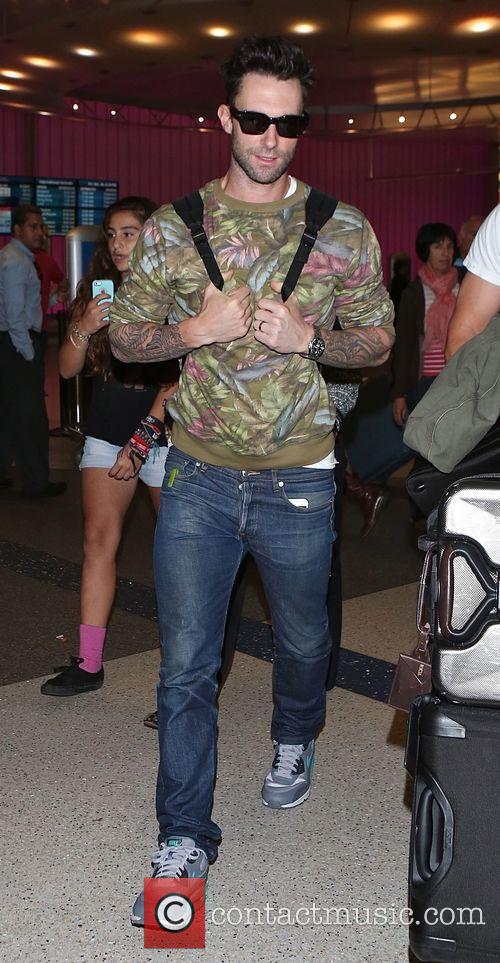 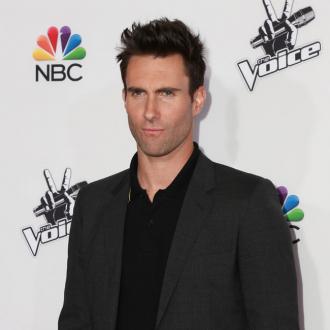