Coldplay and Jay-Z have reportedly agreed a multi-million dollar deal to perform a concert together in Las Vegas on New Year's Eve (31.12.10). 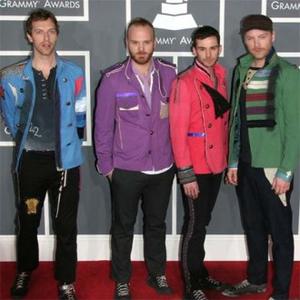 Coldplay and Jay-Z have reportedly agreed a multi-million dollar deal to play a concert together on New Year's Eve (31.12.10).

The British rockers - who are fronted by Chris Martin - and the hip-hop superstar are to play at the Cosmopolitan of Las Vegas resort to see in 2011.

The event is being organised by celebrity party planner Colin Cowie and will be invite only with no tickets being put on general sale to the public.

Guests will be treated to separate sets from Coldplay and Jay-Z before the two acts take to the stage together.

The rapper's wife Beyonce Knowles is also said to be planning to perform in Las Vegas on the same night so she can be with her husband to celebrate the landmark date.

A source told the New York Post newspaper: "Organizers have spent millions securing the acts. The word is that Beyonce is now looking for a Vegas New Year's gig so she will be in town with Jay."

Jay-Z and Coldplay have collaborated before on the track 'Lost +' which featured on the band's EP 'Prospekt's March'.

The two acts performed the track together at the 2009 Grammy Awards and have toured together.