Beyoncé (born Beyoncé Giselle Knowles 04.09.1981) is an American singer/songwriter and Grammy Award winner who rose to prominence as a member of Destiny's Child, before establishing a strong solo career.

Net Worth: According to Celebrity Net Worth in 2014, Beyoncé has a net worth of 450 million USD.

Childhood: Beyoncé was born in Houston, Texas, to Tina and Matthew Knowles; a record manager and a costume designer & hair stylish, respectively. Her younger sister, Solange, went on to become a singer/songwriter and actress. Beyoncé studied at St Mary's Elementary School in Fredericksburg, Texas, and won a talent contest there at the age of seven for a rendition of John Lennon's 'Imagine'. In 1990, Beyoncé moved to Houston music school, Parker Elementary, before moving on to attend the High School For the Performing and Visual Arts.

Career: Beyoncé was eight years old when she auditioned for the girl-group Gyrl's Time with her cousin, Kelly Rowland, and met LaTavia Robertson at said audition. The group were entered into a television talent show, however they did not win. Beyoncé's father quit his day job in order to work as a manager for Gyrl's Time, yet this led to financial pressure on the family which caused Beyoncé's parents to split up. In 1993, LeToya Luckett joined the band and they were picked up by Elektra Records, yet they were dropped before any material was released. In the same year, they changed their name to Destiny's Child.

In 1997, Destiny's Child were signed to Columbia Records and released 'Killing Time' for the soundtrack of 'Men In Black'. Destiny's Child released their self-titled debut studio album on 17th February 1998 to strong reviews but poor chart performance. The following year on 27th July, the band released 'The Writing's on the Wall', which received similar reviews, and reached the second spot on Billboard's 200 list. On 1st May 2001, Destiny's Child released their third studio album, 'Survivor', to similarly favourable reviews and topped Billboard's 200 list. In the same year, they released the Christmas album, '8 Days of Christmas', which received only moderate reviews but did fairly well in the charts. A remix of their previous work was released on 12th May 2002, entitled 'This Is the Remix' to strong reviews and reasonable chart success.

Beyoncé made her first musical appearance outside of Destiny's Child with an appearance alongside Jay-Z, in ''03 Bonnie & Clyde' from 10th October 2002. On 18th May 2003, Beyoncé enlisted Jay-Z for her own debut studio album, 'Crazy in Love' which topped Billboard's Hottest 100. The single also featured as the first track on 'Dangerously in Love' - Beyoncé's debut studio album. The album received moderate reviews and topped the Billboard's 200 list. On 26th April 2004, she released a live album entitled 'Live at Wembley' to decent sales. Destiny's Child's fourth studio album, 'Destiny Fulfilled' was released on 10th November 2004 to mixed reviews, but strong chart success. 'Destiny Fulfilled' was thought to be the final album by Destiny's Child, however they released the compilation album '#1's' and the live album 'Destiny's Child: Live in Atlanta' in 2005.

On 4th September 2006, Beyoncé released her second solo album, 'B'Day', to strong reviews and topping the Billboard 200 charts. She then released her first EP, 'Irreemplazable', on 28th August 2007, although it failed to receive chart success. On 15th November 2008, her third studio album, 'I Am... Sasha Fierce' was released to moderate critical response yet it still topped the Billboard 200 list. After multiple remix and live albums, Beyoncé released her fourth studio album, '4', on 24th June 2011. The album received strong reviews and once again topped the Billboard charts. Beyoncé's self-titled fifth studio album was released on 13th December 2013 without any announcement or promotion, yet it still debuted at the top of Billboard's 200 and earned rave reviews. With this chart-topping success, Beyoncé became the first female artist to have five consecutive top-charting albums.

Beyoncé released her sixth studio album Lemonade on 23rd April, 2016, this album comes as her second visual album and features multiple genres including R&B, pop, hip hop, blues, rock and soul to name a few. A host of different names including James Blake, Kendrick Lamar, The Weeknd and Jack White appear on particular tracks. The lead single is titled Formation and it was written by Beyonce, Rae Sremmurd, Mike Will Made It, Jordan Frost and Asheton Hogan. In the 6th February 2016 the singer embarked on the Formation World Tour to promote the album. Lemonade sold 485,000 copies in its first week and debuted at number one on the US Billboard 200 and on the UK album chart. By Charlotte Court in Music / Festivals on 26 January 2019

The friendship between rappers Jay Z and Kanye West has reportedly been in turmoil for a number of years but Ye may have just made it worse after he announced he would be suing Hova’s former label and the recording company that gave him his first deal.

West, 41, filed two separate lawsuits on Friday, one against Jay-Z's Roc-A-Fella Records and another against EMI, claiming he signed an exclusive recording agreement.

Their video for 'Apesh*t' was filmed in the famous Parisian art gallery last summer.

The cultural clout of Beyonce and Jay Z extends well beyond the world of music, with French art gallery The Louvre crediting the couple with its best-ever year for visitor levels in 2018.

Last year, the world’s most visited museum in Paris broke all ticket office records, with more than 10 million people viewing its collection of fine arts and antiquities. The 10.2 million people who came to the museum in 2018 marked a 25% rise, beating its previous record of 9.7 million visitors in 2012. It’s the highest number for a museum of its kind, more than the National Museum of China and the Metropolitan Museum of Art in New York.

The record numbers are being credited in part to international tourists returning to Paris, after large numbers stayed away in the years after the November 2015 Paris terrorist attacks. Foreigners made up almost three-quarters of visitors to the Louvre.

Beyonce And Jay Z Have 'Challenged' Their Fans To Try Veganism

By Charlotte Court in Lifestyle / Showbiz on 02 January 2019

If anyone is still searching for a New Year's Resolution superstar couple, Beyoncé and Jay Z have got for you to try: Veganism. The powerful double act have written an introduction for Marco Borges' (Beyoncé's trainer) new book, The Greenprint: Plant-Based Diet, Best Body, Better World and, in it, they're challenging their fans to cut out any and all meals centred around animals. This isn't the first time Beyoncé has spoken out about a vegan diet after the mum-of-three told her millions of Instagram followers she was going strictly vegan in preparation for her Coachella performance.

Continue reading: Beyonce And Jay Z Have 'Challenged' Their Fans To Try Veganism

Sheeran drew criticism for what he wore compared to Beyonce during their duet at Global Citizen last weekend.

In response to the backlash his dress sense caused this week regarding his duet with Beyonce, Ed Sheeran is owning his sartorial choices with a brilliant riposte.

Last weekend, Sheeran performed with Beyonce at the Global Citizen Festival in Johannesburg, South Africa. Bey, as is to be expected, chose a glamorous and eye-catching outfit for the performance of their duet ‘Perfect’ – but Sheeran looked like he’d just thrown together his outfit at the last minute.

It can’t have been entirely surprising, as Sheeran’s jeans, checked shirt and scruffy undershirt look is one that’s been his trademark throughout his eight-year career, but many objected to the total disconnect between Bey and Ed’s outfits and argued that it was reflective of double standards expected of male and female artists.

Continue reading: Ed Sheeran Claps Back Brilliantly At Criticism Of His Clothes For Beyonce Duet

By Ed Biggs in Bizarre / Weird Wonderful on 21 September 2018

Kimberly Thompson, a former member of Bey's live band, has filed for a civil restraining order.

In one of the week’s more bizarre news stories, pop megastar Beyonce is the subject a lawsuit from her former drummer, who has filed for a civil restraining order against the singer accusing her of witchcraft.

According to court documents obtained by The Blast on Thursday (September 20th), Bey’s former live drummer Kimberly Thompson alleges that the star is practicing “extreme witchcraft” and “magic spells of sexual molestation” to harass her. Furthermore, Thompson also claims that Beyonce has been manipulating her finances, tapping her phones and, above all, “murdered my pet kitten”. 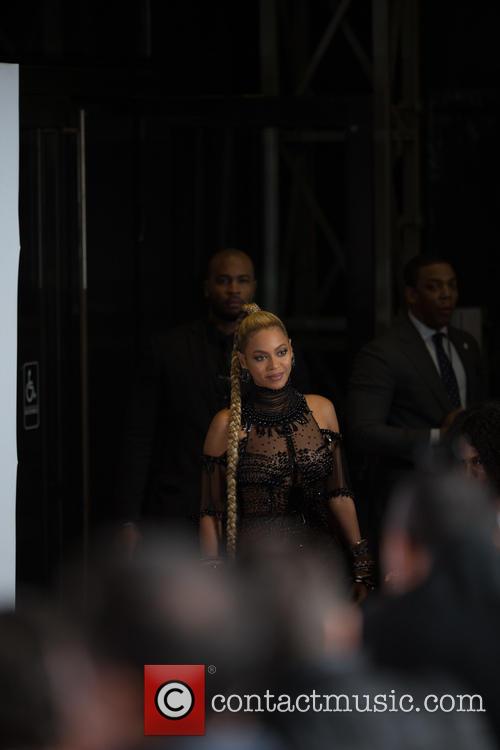 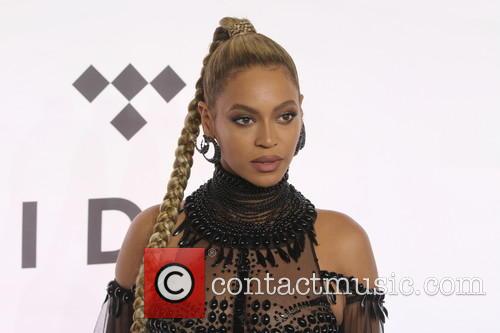 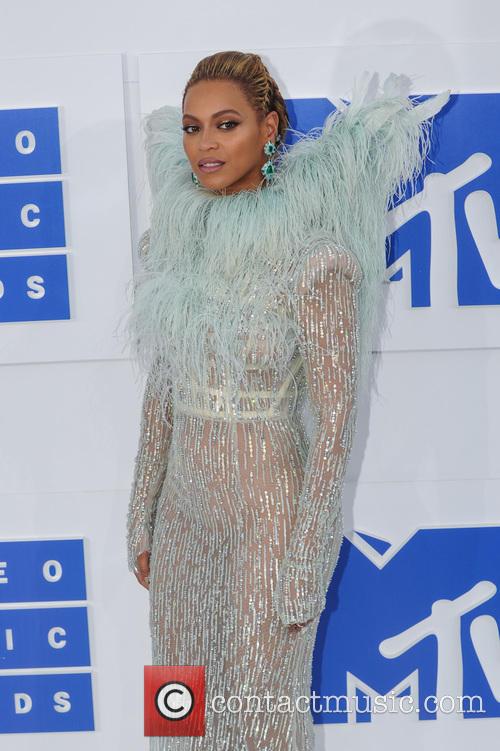 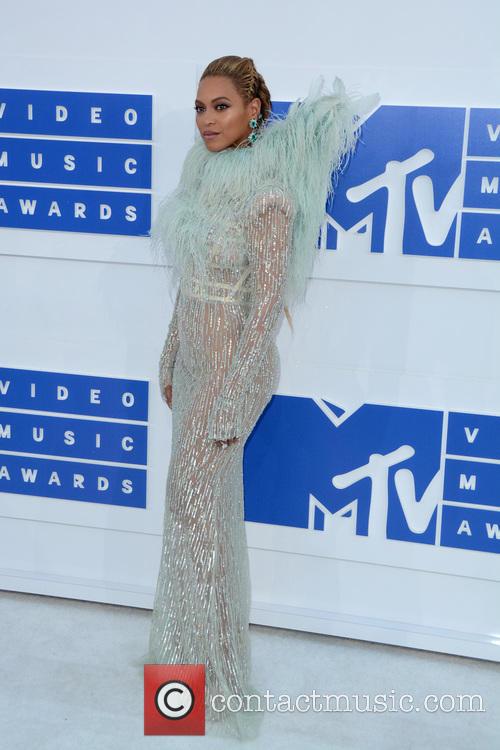 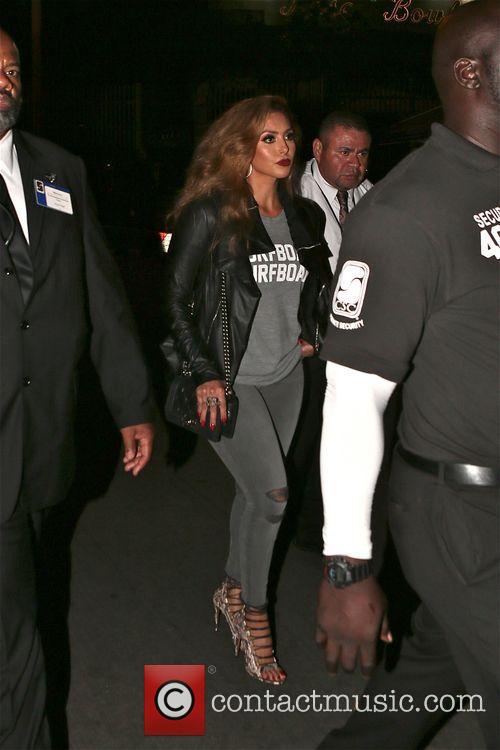 Beyonce FaceTimed A Cancer Patient And Made Her Dreams Come True Beyonce Being 'Sued Over Messy Mya Sample' In Formation Track