Katy Perry (born Katheryn Elizabeth Hudson, 25.10.1984) is an American singer-songwriter who rose to fame with the widespread success of her song 'I Kissed A Girl'. Released in 2008, the song topped the charts in over 20 countries worldwide.

Net Worth: Perry's earnings are $260 Million according to Celebrity Net Worth as of 2016.

Childhood: Katy was born and raised in Santa Barbera, California, USA. Both of her parents are pastors and she is their middle child.

In 2003, Katy graduated from Dos Pueblos High School. Upon graduating, she moved to Los Angeles.

Career: Katy's first CD was released under her original name, Katy Hudson. The eponymously titled album was released in 2001 by Red Hill Records and was a Christian Gospel album.

In 2004, Katy Perry worked with the production team The Matrix. The Matrix are famous for having worked with some of the USA's biggest musical acts, such as Britney Spears, Liz Phair and Avril Lavigne. Songs such as 'Box' and 'Long Shot' that she wrote with Glen Ballard, appeared on her MySpace page. In 2005, her songs 'Simple' was featured in the soundtrack to the film the Sisterhood of the Travelling Pants. She also appeared on the single 'Goodbye For Now', by the Christian rock band P.O.D.

Following a period of time struggling in the music industry, Perry signed to Capitol Music in 2007. Her voice is now a regular feature on MTV and VH1's music channels and she appeared at the 2008 MTV VMA Awards, performing Madonna's 'Like A Virgin'.

Late in 2007, Perry released the digital-only EP entitled 'Ur So Gay'. Despite being lauded by the likes of Madonna, the song has been criticised for its alleged homophobic overtones.

2008 saw the release of her debut mainstream, major label debut album. Entitled One of the Boys, the album saw her working with the likes of Cathy Dennis, Dave Stewart and Greg Wells. To promote the album, she joined the 2008 Vans Warped Tour.

'I Kissed a Girl' was released in April 2008. The song reached the top spot in charts across the globe. However, Perry was still plagued by allegations of homophobia in this song as well.

Katy appeared in the video for Gym Class Heroes' 'Cupid's Chokehold'. She is dating the lead singer Travis McCoy and in the video, she plays his love interest.

'Hot N' Cold' was released as a single at the start of September 2008. She announced her tour to support the album which was her first solo tour since The Hello Katy Tour.

In 2010 Perry released her second studio album Teenage Dream which included the lead single California Girls which features US rapper Snoop Dogg. The album reached number one on the Billboard 200 chart in June. Teenage Dream and Firework were the second and third singles, both became instant favourites with her fans. Teenage Dream was also nominated for Album of the Year and Best Pop Vocal Album at the Grammy Awards in 2010.

In 2013 Katy released her fourth studio album entitled Prism. It was produced by Dr Luke, Greg Wells and Max Martin. The album's lead single Roar reached number one on the Billboard Hot 100 and so did the third single Dark Horse which featured American rapper Juicy J. The other two singles,  Unconditionally and This Is How We Do reached top twenty chart positions.

Other Ventures: Katy has released Katy Perry: Part of Me which is an autobiographical documentary film about her life on 5th July 2012. The film contains interviews with her and family about pivotal moments that have occurred and follows her on her worldwide California Dreams Tour. The film won a Teen Choice Award for Summer Movie: Comedy/Music in 2012. Perry has also stared in The Smurfs films voicing the character of Smurfette.

Personal life: Katy Perry dated Travie McCoy in 2007 but they ended their relationship in 2008. In 2009 she then started dating comedian Russell Brand and this romance saw the pair travel the world. After less than a year of dating the couple were married in a ceremony that was held in India in 2010. Unfortunately the marriage did not last and after 14 - months their divorce was finalised (in July 2012.) It has been rumored that since splitting with Brand she went on to date John Mayer, however this relationship didn't last. As of 2016 she is said to be dating actor Orlando Bloom. Katy Perry Has Dished The Dirt On Boyfriend Orlando Bloom

By Charlotte Court in Lifestyle / Showbiz on 08 October 2018

The singer has called her actor boyfriend her 'anchor'

International pop star, Katy Perry, has spoken about her on/off boyfriend, actor Orlando Bloom, and has explained her beau is a 'great anchor' in her life. Despite the fluctating nature of the relationship - the pair reunited earlier this year after splitting in 2017 - Katy has said they are stronger than ever and that he helps to ground her.

Speaking to Footwear News magazine of 41-year-old Orlando, Katy said: "He's a great anchor in my life. For some reason, I attract people who are really real and call me out on stuff when I'm being cuckoo."

After a Twitter campaign, Perry turned up at the home of eight year old super-fan Grace Moores to perform a short acoustic set.

A young Katy Perry stricken with cancer got a huge surprise after she was forced to miss the star’s gig this week because of emergency surgery, when the singer herself turned up at her home to perform a short gig.

Eight year old Grace Moores was diagnosed with a brain tumour in April this year, and was scheduled for an unplanned emergency operation on Wednesday this week that left her unable to attend Perry’s gig on Monday (July 30th) in her hometown of Adelaide for which she had tickets.

Perry, who’s nearing the end of her massive Witness world tour and is currently in Australia, caught wind of her young fan’s plight when Moores’ older sister Tiana tweeted about it to her small followership.

Perry told Vogue Australia that the commercial under-performance of her latest album 'Witness' came as a serious shock.

Katy Perry has revealed that she suffered “situational depression” after the release and comparative underperformance of her current album Witness.

The record, her fourth, reached only number 6 in the British album charts in June 2017 when it was released, in comparison to the chart-topping performances of her previous two albums. In America, although it reached number one on the Billboard charts, it has sold a mere fraction of the multi-million figures of her previous two efforts.

Perry, 33, told Vogue Australia in a new interview as her current mammoth world tour begins its final Oceania leg next week, that she had put a lot of “validity” into the public’s reaction, but “the public didn't react in the way I had expected, which broke my heart.”

The singer that the gown was a little ill-fitting.

Fans of the royal family are still frothing at the mouth gushing about the wedding between Prince Harry and Meghan Markle, but not everyone was hugely impressed about all aspects of the special event. Katy Perry revealed bluntly that she was not a fan of Meghan's dress.

Katy Perry at the Met Gala

The 36-year-old wore a gloriously simple dress designed by Clare Waight Keller of Givenchy. With a bardot neckline, long sleeves and zero embellishment on the gown itself, attention was drawn more to the elegantly embroidered veil and regal tiara. But some people just did not appreciate the simplistic beauty of the dress, largely because of the way it fitted (or didn't) Meghan.

Their feud has had the pop world hooked since it began at least four years ago. Music juggernauts, Katy Perry and Taylor Swift, have traded blows during interviews, on social media and even in their songs. However, it seems those times are over after Katy sent Taylor an actual olive branch to heal their rift.

Swifty, who is about to start her Reputation tour, shared a video of the package she received from Katy - which appeared to include a note with the words "miscommunications" and "deeply sorry" written on it.

There's no backing down for Sister Rita Callanan.

Katy Perry remains locked in a battle with the last living nun of a Los Angeles convent that the singer is fighting to purchase as a home, but the nun in question has already exceeded her crowdfunding goal to take control of the property and sell it to a restaurateur and hotelier.

Sister Rita Callanan of the Most Holy and Immaculate Heart of Mary in Los Angeles is not about to back down from her legal battle with Katy Perry over the sale of the nunnery now that her friend and fellow Sister Catherine Rose Holzman has passed away. 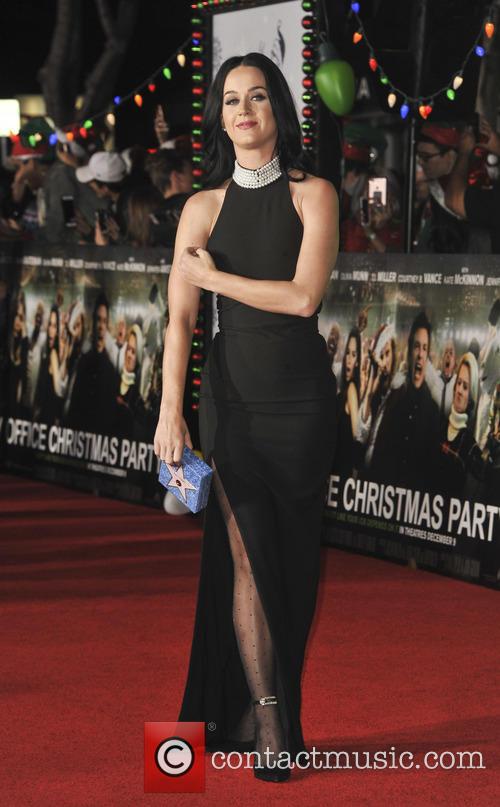 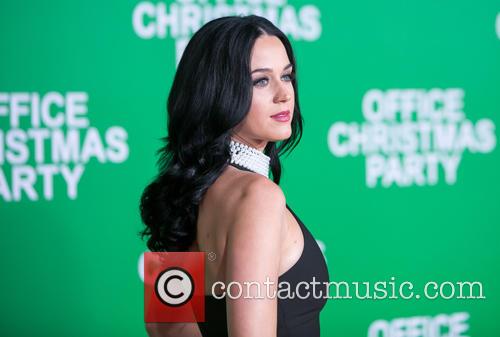 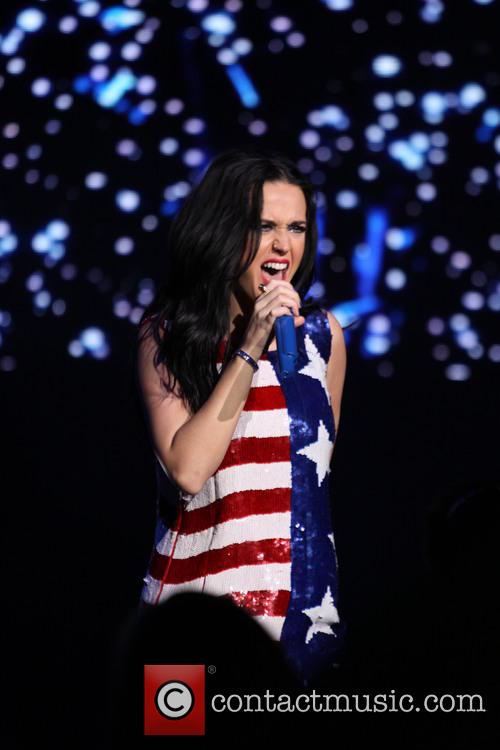 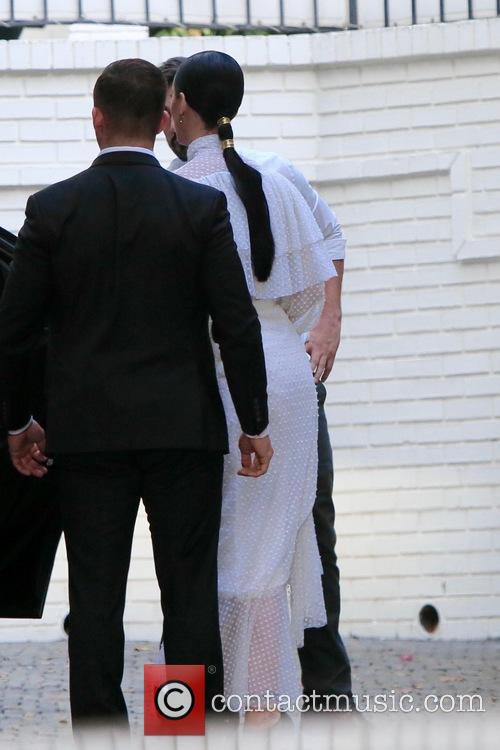 Katy Perry Ranks The Sexual Prowess Of Her Exes Should Fans Be Angry Over Migos Involvement With Katy Perry Single 'Bon Appetit'? 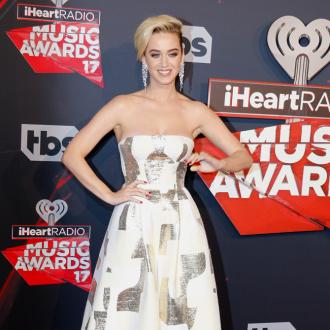 Katy Perry is 'very attracted' to the British accent Is It All Over For Katy Perry And Orlando Bloom?