Rockers Coldplay have revealed on their blog that their forthcoming fifth album has ''some killer tunes'' and ''is a long way from their skin and bones phase.'' 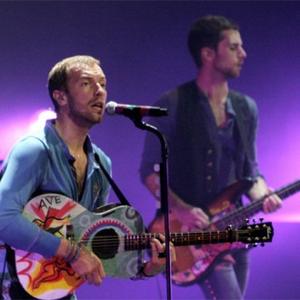 The 'Viva La Vida' hitmakers - comprising singer Chris Martin, guitarist Jonny Buckland, drummer Will Champion and bassist Guy Berryman - have almost finished work on their fifth studio album and are delighted with the results so far.

Writing on their blog, the band said: "The songs haven't assumed their final beautiful form yet but they're a very long way from their skin and bones phase. What's impossible not to conclude is that they have some killer tunes."

The album will be the long-awaited follow-up to 2008's 'Viva la Vida or Death and All His Friends' and is expected to be released later this year.

It was reported earlier this year that the group had written over 50 tracks for the album and labelled the songs A, B and C to decide which ones made the cut.

A source explained at the time: "The names of every idea have been written down - each on their own piece of card. Inevitably, there's a huge number of cards. From tiny moments that were played only once to things that have been playing for months now, they're all up there.