Singer Cyndi Lauper Is Looking To Expand Her Musical Fan Base By Recording A Country Album. 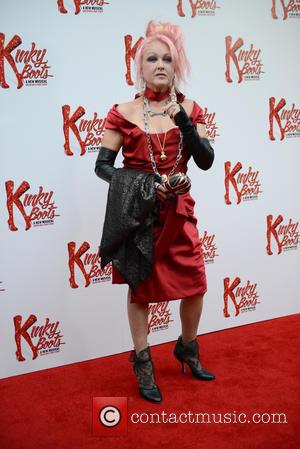 The Time After Time hitmaker is planning to head to Nashville, Tennessee to team up with with producers Seymour Stein and Tony Brown on the record, which she is hoping to release next year (16).

She says, ''I don't know if you listen to country music but I want to work with Seymour Stein - he was the co-founder of Sire Records - and I've always wanted to work with him. So I figure while I've still got teeth in my mouth let me go work with him!

''I also want to work with Tony Brown down in Nashville and do a country record, finally! I want to record all those songs I used to sing my guts out in my apartment to! It'll be out next year.''

Further details about the album have not been released, but Lauper is following in the footsteps of fellow rocker Steven Tyler, who debuted his first country single, Love Is Your Name, in May (15) and is currently working on an album, and the Eagles star Don Henley, who is releasing his first country album, titled Cass County, later this month (Sep15).