Singer Cyndi Lauper Is Opening About Her Five-year Struggle With Psoriasis, Revealing The Skin Condition Has Previously Left Her Bedridden. 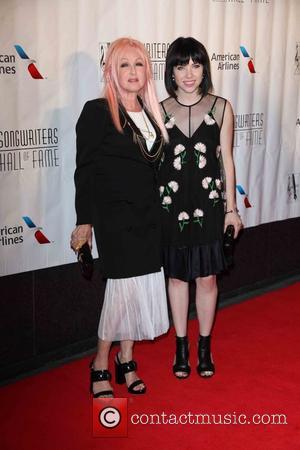 The True Colors hitmaker, who is known for dying her hair platinum blonde, was diagnosed with psoriasis in 2010 after a minor breakout on her scalp, which she initially thought was just "a really bad bleach job".

Lauper was prescribed a medicated shampoo, but the condition flared up two years later (12) and the 62 year old was left in extreme pain.

She continues, "It was so bad, I felt like the Elephant Man... My whole entire body was covered in a rash and scaly skin and then it just stared creeping up my neck. I felt swallowed by it."

The singer continued to battle the disease and tried many different natural cures to help her condition, while she also started wearing wigs, make-up and clothes that covered her body to hide the problem.

She adds, "I tried every kind of natural cure I could... I felt like a mad scientist mixing this and that.

"My immune system got a little wacky, and it took my strength away. My skin was so inflamed, it could not regulate hot and cold, so I had the chills all the time."

Lauper knew she had to get the problem under control when it started to affect her voice: "I lost it. I stopped singing for a while. I felt depressed and I felt horrible."

Earlier this year (15), the singer started using a prescription medication which targets her immune system and lathering herself in medicated creams, while she has also drastically changed her diet to help her better cope with the condition.

She says, "I don't know how much diet plays into it. I've given up everything. I feel like a nun. I miss having a glass of wine with food, but for me personally that can make me itchy."

Lauper has partnered with the National Psoriasis Foundation and Novartis on their new information campaign MoreToPsoriasis.com and wants sufferers to know they don't have to battle the disease in silence.

She adds, "I'm not alone, there are 7.5 million Americans with this. Find a doctor who specialises in psoriasis and find a treatment... Find what works for you. You gotta keep going because if not, you'll end up on your butt like I was.

"I don't want anyone to be a silent psoriasis sufferer. You can't just lay in the dark and get depressed and feel like the disease has won. You can win, just get the information and get help - because suffering in silence really sucks."