The musical is this year's big favorite with 13 nods. 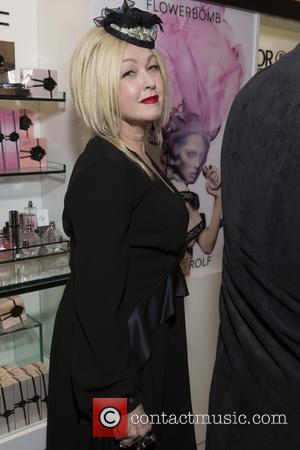 The Tonys don’t really have much to offer in the way of original productions this year, including the big favorite this year, the Cyndi Lauper-scored “Kinky Boots”. The musical has been nominated for a whopping 13 Tonys. It is based on the 2005 British film about a shoe factory, which struggles to find its footing (get it) until it gets in the business of fetish footwear. What really makes this musical come to life though, is Lauper’s score, along with Harvey Feirstein’s writing. The record for nominations remains untouched though, as it was “Billy Elliot” in 2009 and “The Producers” in 2011, who broke it with 15 nominations. The 2012 Daniel Radcliffe starrer “The Book of Mormon” earned 14 nods at last year’s Tonys.

A close second to “Kinky Boots” in terms of nominations is another adaptation and another British import, Matilda: The Musical, which managed to secure twelve nods. “Lucky Guy”, Laura Ephron’s retelling of the story of a courageous New York reporter, comes in third with just six nods. “Lucky Guy” sees Tom Hanks in his first role on Broadway and apparently the stage suits him, because Hanks managed to nab a Best Actor nod as well. Besides Hanks, the leading actor in a play category is populated by Nathan Lane for “The Nance,” Tracy Letts from “Who’s Afraid of Virginia Woolf?”, David Hyde Pierce from “Vanya and Sonia and Masha and Spike” and Tom Sturridge from “Orphans.”

If you’re curious to see who wins what, the Tonys will be broadcast on CBS from Radio City Music Hall on June 9th. Stage debutant Tom Hanks has also been recognised with a Tony nod.