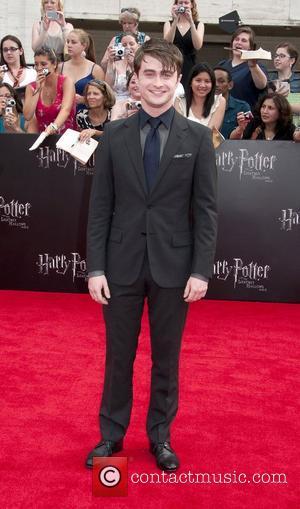 Daniel Radcliffe stepped out with a mystery woman in New York City this week. The British actor, who stars in the forthcoming drama movie 'The Woman in Black', was seen strolling hand-in-hand with the brunette on the streets of Manhattan, reports E! Online.
So far, the girl is yet to be identified although some commentators have noted her slight resemblance to Pippa Middleton. The girl is definitely not Radcliffe's on-off girlfriend Olive Uniacke, whom he was photographed with earlier this month. During an interview on Larry King's special 'Harry Potter: The Final Chapter', the actor said, "I've got a girlfriend at the moment, who I am very much in love with.So, you know, we'll see where that goes". In the latest snaps, Daniel wears a plain blue T-shirt with a pair of casual shorts, flip flops and a blue hat. His female companion opted for black leggings with a lilac vest - her hair was pulled back in a messy bun. Known for being intensely private, Radcliffe has rarely been photographed with girlfriends.
'The Woman in Black' follows a young lawyer, played by Radcliffe, who travels to a remote village to organise the papers of a recently deceased client. He soon discovers the ghost of a woman set on vengeance.