Childhood: Pippa Middleton grew up in Bradfield Southend before moving to Bucklebury, Berkshire when she was 11. Her parents are former flight dispatcher Michael Middleton and former flight attendant Carole Middleton who is currently the owner of party planners Party Pieces.

As a child, Pippa was involved with the St Andrew's Brownie pack. She later attended the preparatory school St Andrew's School in Pangbourne and the boarding school Downe House School in Cold Ash. She got a sports scholarship at Marlborough College and landed an English literature degree at the University of Edinburgh.

Career: Pippa Middleton's first job was at a firm that promoted luxury products to clients. She then went on to work for corporate events planners Table Talk before taking up a part-time role at Party Pieces as their magazine editor.

She first gained worldwide attention as the maid of honour at the wedding of her sister, Kate Middleton, and Prince William - now the Duchess and Duke of Cambridge. Wearing an extremely flattering Alexander McQueen dress, she subsequently became a top fashion icon with paparazzi snapping her at every opportune moment to unveil both her designer and high street fashion must-haves. She published her first book, a party planning publication named 'Celebrate', in 2012 but it was heavily criticised for its over-explanatory and sometimes patronising content.

She has received wide press attention from the likes of Tatler and Time since her departure from university and has also contributed to several newspaper and magazine columns herself such as The Spectator, Waitrose Kitchen, Vanity Fair and The Sunday Telegraph.

Personal life: Pippa Middleton is currently in a relationship with stockbroker Nico Jackson. In 2013, it was revealed that they were engaged but those rumours were later denied. 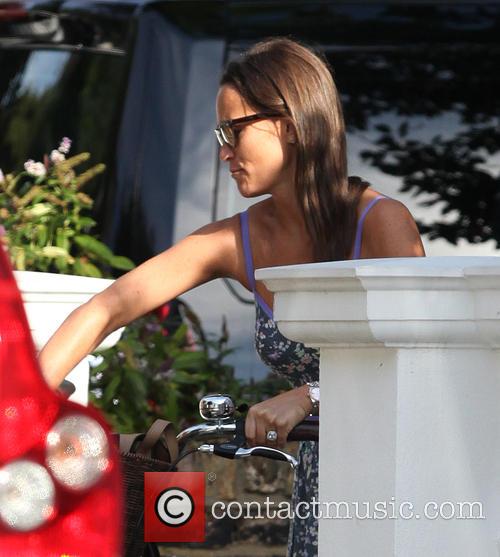 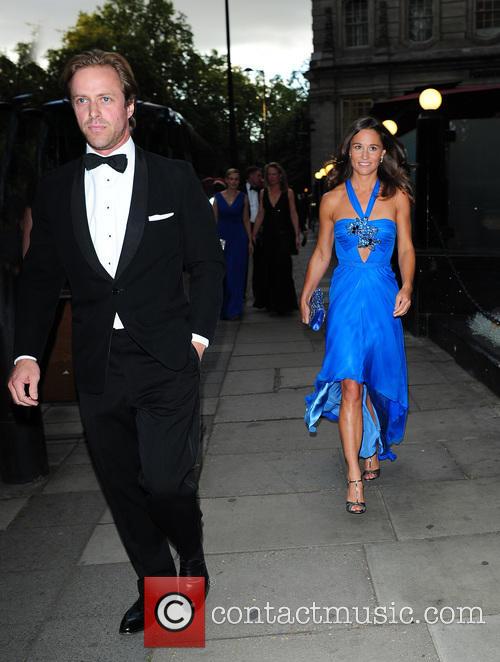 Nico Jackson and Pippa Middleton - A host of stars were photographed as they attended the British Heart Foundation Roll Out The Red Ball which was held at the Park Lane Hotel in London, United Kingdom - Tuesday 10th February 2015 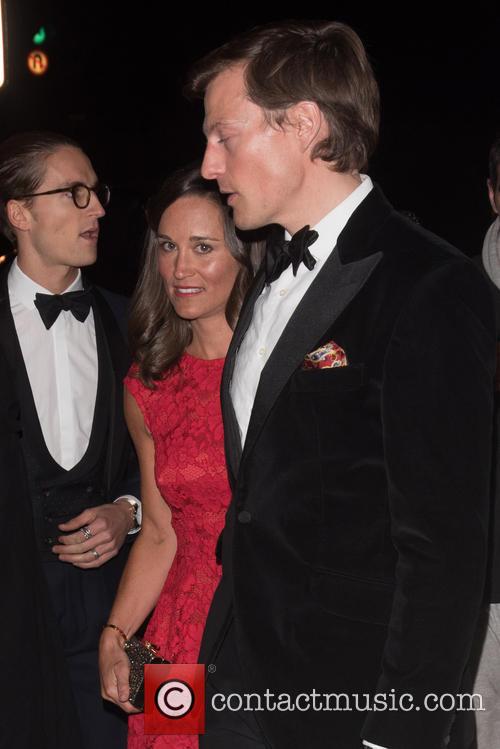 Pippa Middleton may find the obsession with "booty culture" and Kim Kardashian's 'Break the Internet' cover somewhat worrying but Kardashian is still a huge fan of Middleton and her almost as famous backside.

In 2011 the Rear of the Year award (which is a genuine award in the UK) should have gone to Pippa Middleton. Sadly she lost out to Carol Voderman but it didn't stop Middleton's bum from being the most talked about bottom of the year. Pippa Middleton at the 2014 GQ Men of the Year awards in September.

Continue reading: Pippa Middleton May Be Unimpressed With Kim Kardashian's Attempt To 'Break The Internet' But Kardashian 'Loves Her' Anyway!

The 30 year-old socialite insists that her sisterly bond with Kate is "very normal," despite her becoming part of the royal family. "We're very close and we support each other and get each other's opinions," she said.

In this segment, the English socialite opened up about being an aunt to the young Prince George, and what her sisterly bond is like with Kate.

As soon as Lauer asked about George, he noted Pippa responded with the biggest smile and said, "It's wonderful."

In her very first televised interview, the 30 year-old admitted the attention her backside received in the bridesmaid dress was "embarrassing," and how she feels "publically bullied" when dealing with fame.

Pippa Middleton recently sat down with the 'Today' show's Matt Lauer for her first ever televised interview.

The discussion covered a range of topics from her big sister, Kate, becoming a British royal after marrying Prince William, and her infamous bridesmaid dress, which garnered nearly as much attention as the whole ceremony.

The English socialite also spoke candidly of how her own life has changed since the royal wedding, and the difficulties of being in the public eye.

By Elinor Cosgrave in Lifestyle / Showbiz on 17 June 2014

Pippa Middleton isn't the only member of her family to be mad about cycling as her sister Kate, the Duchess of Cambridge, is set to appear at the Tour de France opening ceremony. The 30 year-old was joined by her younger brother James, as the pair attempt to complete a 3,000 mile journey, passing through twelve states, in eight days to reach Annapolis, Maryland.

Pippa Middleton and her brother James, the siblings of Duchess of Cambridge Kate Middleton, have set off on a gruelling bike ride across the US.

Representing Britain, the pair are in team of eight that set off from San Diego, California, on Saturday (June 14th), in a cross country race for charity.

And to make sure the gathered crowd new where they were from, Pippa and James sported their very patriotic cycling outfits, which had the British flag printed on the front.

Kate's sister has lost her job as a Daily Telegraph columnist.

Pippa Middleton has allegedly been sacked from her job as a columnist for the British newspaper, The Daily Telegraph. Reports state that the 30 year-old socialite, writer and sister to Duchess Catherine will not have her contract with the paper renewed after just six months tenure. Pippa Middleton Reportedly Won't Be Writing For The Daily Telegraph Any More.

Kate's younger sister began writing for the paper's Sport and Social column last September but after half a year and over thirty articles the Telegraph has washed its hands of the Reading-born brunette.

The Bum Conundrum: Pippa Middleton Vs. Other Big-Bootied Celebs

Pippa Middleton's bottom was an international success after her sister's royal wedding, but how does her bottom fare up against these other big-bootied celebs?

The Royal Wedding was totally usurped by all of the attention that was incongruously bestowed on Pippa Middleton’s now very famous bottom. Ain’t nobody denying that the girl has a cute little behind, but really, in the grand scheme of celebrity booties it’s not really one to write home about. While the 90’s were all about supersize Pam Anderson style breasts, the past decade has been dedicated to the derriere. It’s now a “thing” to get butt implants and injections, because it’s not enough to be rail thin, you also need a huge ass. A little contradictory, but those celebs manage it pretty well! J-Lo's butt has been famous for nearly two decades now

J-Lo’s badonkadonk was the first to bounce onto the scene back in the 90’s. A huge fuss was kicked up about whether she’d had butt implants or not, these days we’re more inclined to put it down to her Latino roots and admire Jennifer Lopez's booty with revered silence.

Pippa Middleton jokes about the fit of her famous Alexander McQueen bridesmaids dress, at a London event on Tuesday (Feb 25th).

The Royal Wedding was such a global and celebrated event that it is still in the minds of many, which makes it hard to believe nearly three years have passed since that famous day.

One person who remembers it more than most is the bride's younger sister Pippa Middleton.

Pippa by no means outshone the bride Kate Middleton, but she did garner worldwide celebrity status overnight, which was thanks to her white bridesmaid's gown. 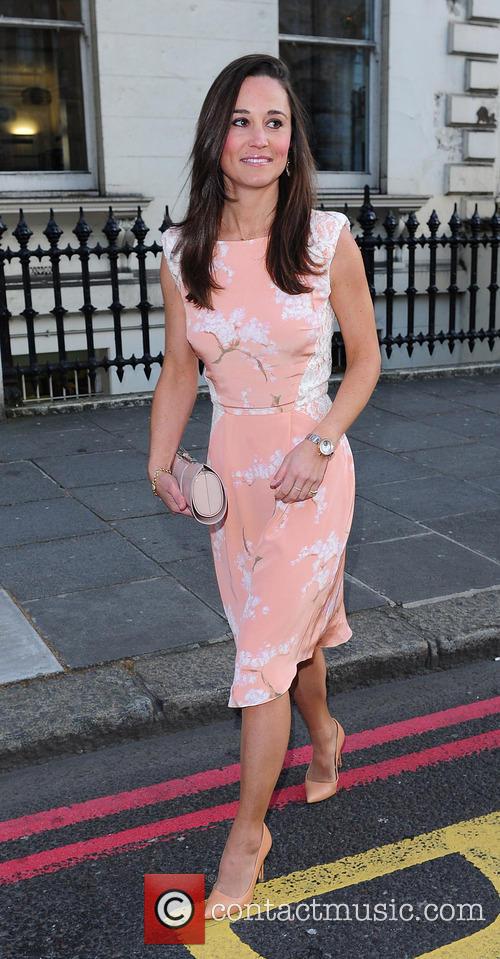 The Bum Conundrum: Pippa Middleton vs. Other Big-Bootied Celebs