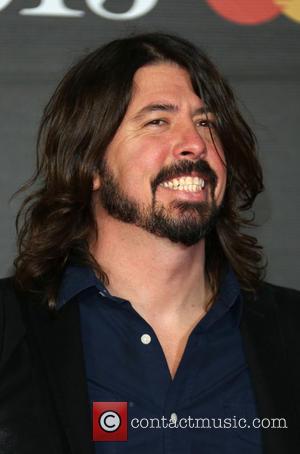 Apparently Ryan turned up to the after party steaming drunk and proceeded to make nuisance of himself. “There was this English singer who was with us who was completely wasted” Grohl revealed to The Sun newspaper, “We almost had to throw him out” he added, before asking the interview, “Have you heard of this band, Blue?” As the penny dropped, Grohl continued “The guy kept telling us how many million records he’s sold. I was like, ‘Really? You?’” Don’t worry, Dave, it’s something we’ve all wondered.

That said, he does make good copy on Twitter. Ryan hasn’t reacted to the story, but his latest tweet did offer some profundities, as he wrote “I look but there's no chance.. I peer into the light hoping to find somewhere to lay my head in the dark. You won't see me.. You never did x”

Want to know how to p*ss off nice guy Dave Grohl? Get this man involved