Bowie began 1977 with another change in direction and more new, groundbreaking, sounds on one of his best records - 'Low'

On the 14th January 1977 David Bowie surprised everyone yet again with one of his most extraordinary records when he released his 11th studio album, Low. Low arrived during what was, by anyone's standards, an incredibly creative period for the prolific artist. Less than a year before, in 1976, he had released Station To Station and less than a year before that he had shared the silky smooth and soulful, Young Americans. Low was also released exactly eight months to the day before his next shape-shifting release, Heroes, and appeared directly after he cut The Idiot with Iggy Pop. 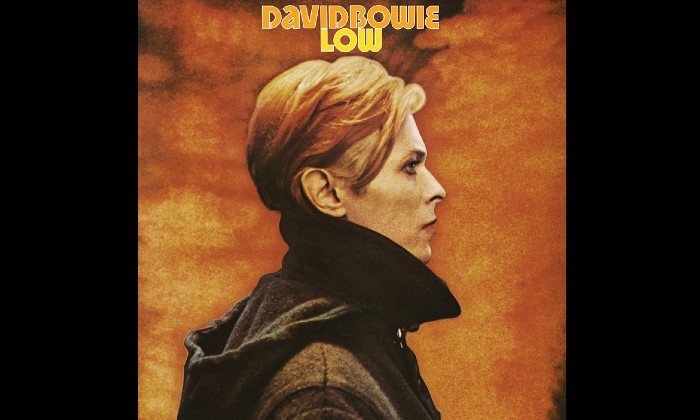 Low, as well as introducing us to yet another aspect of Bowie's incredible career, also marked the start of his special relationship with Berlin and in particular, Hansa studios. David Bowie's 11th album is also one that is perfectly suited to the two sided vinyl format. It is quite literally an album of two halves; two distinctly disparate and radically different halves. Bowie eases us in with the brilliantly futuristic art-pop of Speed Of Life and immediately sets the tone of the 'A' side with a synth laden instrumental. This, and the close out track of side 'A' - A New Career In A New Town, share similarities with some of the 'B' side to the album but both have far more immediacy and more of a pop structure to them. Whilst pushing boundaries and being exploratory in their own right they signal what's to come without fully preparing you.

Side one's five other tracks are stand alone highlights and each brings something new to the table. Who hasn't forever wondered just what the awful thing was that David drew on the carpet back in 1977? (Just me?) The succinct 1m51s of Breaking Glass may leave you hanging and begging for more but the decision to keep the track intentionally short was masterful; it's just a superb piece of avant-garde pop.

What In The World is not too much longer but packs an equally compelling punch. Bowie's lyrical yearnings coupled with the shredded guitars, layered percussion and yet more synthesisers are a joy. The lead single from the album, Sound and Vision, sees Bowie deliver one of his most soulful and tender vocals across the gorgeous synth strings. The extended introduction and doo-wop backing, woozy horns and revolving riffs make this a stunning high point on one of Bowie's best records.

Bowie's down-beat state of mind at the time of recording manifests itself in some wonderful ways across all 11 tracks on the album, and none more so than on Always Crashing In The Same Car. The expressive guitar solo, atmospheric production and Bowie's restrained delivery give this song a cinematic feel that points to similar work on his next album, Heroes. The honky-tonk piano and David's somewhat forlorn plea, "Please be mine, Share my life, Stay with me, Be my wife", on the album's second single Be My Wife carries forward a melancholic presence in Bowie's Low work towards his more considered instrumentals on side two.

Side two is ostensibly almost completely instrumental. Four tracks that experiment and explore another new and exciting sound for Bowie. Side two of Low is arguably Bowie's least commercial set of compositions in his entire catalogue, especially given the year in which they were recorded. They may have all subsequently been cited as groundbreaking, inspirational and hugely influential but at the time, 45 years ago, Low divided opinion. Four and a half decades on and it is now highly regarded and fondly remembered by many as one of Bowie's best.

Side two of Low is not only experimental, it is brave, bold and challenging. The sonic exploration that Bowie takes us on is radically different his previous work. A lot of side two is born out of Bowie's work on the soundtrack for his 1976 film The Man Who Fell To Earth. The director of the film, Nicolas Roeg, chose not to use Bowie's compositions which made David "furious". After Bowie had finished recording Low he sent Roeg a copy with a note attached that read, "This is what I wanted to do for the soundtrack. It would have been a wonderful score". It would indeed.

Warszawa, the inspiration for the first incarnation of the band that would become Joy Division, opens the 19m8s of side two with a sinister and brooding synth led epic that gently unfolds and evolves into quite the most beautiful soundscape imaginable. Art Decade, a track about the cultural aspects of West Berlin, is clearly influenced by the expressive ambient work of collaborator Brian Eno. Eno is credited with playing a Chamberlin electronic keyboard, piano and Mini Moog synthesizer on this track. Weeping Wall, Low's only solo track sounds, at times, more like a John Carpenter soundtrack with Bowie playing a whole host of instruments, including synthesisers, vibraphone and xylophone. Subterraneans, first recorded back in 1975 in a different guise, closes out Bowie's sonic exploration with a breathtaking finale of stretched synth notes and sublime saxophone.

Low may not have grabbed the headlines like other Bowie albums upon it's original release but over time it has revealed itself to be a stunning, multi-faceted record that has had a huge influence on many artists. Bowie's visionary compositions were, once again, way ahead of their time. His ability to hear the future, embrace new sounds and incorporate pioneering developments was unparalleled. Bowie, together with Brian Eno and producer Tony Visconti, more than excelled themselves on Low, a record that is a standout in the back catalogue of all three behemoths of music.