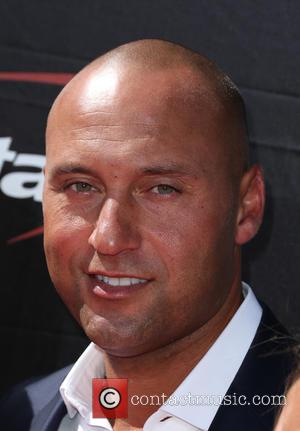 The New York Yankees star, who retired from the sport last year (14), is said to have proposed to the 25-year-old Sports Illustrated Swimsuit beauty over the weekend (24-25Oct15) - and she said yes.

A source tells the New York Post, "He proposed on Sunday. It was for their anniversary."

Jeter and Davis, who have been dating on and off since 2012, have yet to comment on the marriage rumours, which were first reported by the New York Daily News.

If the news is true, it will be both stars' first marriage.

After bowing out of the sport, Jeter admitted he was finally ready to start thinking about settling down.

"I just know that I personally couldn't have done it while I was playing," he told Steiner Sports Marketing. "I was too selfish to be able to juggle a family and kids. But I look forward to it happening."