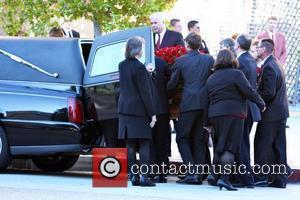 Picture: Hollywood producer Dino De Laurentiis funeral Mass at the Cathedral of Our Lady of the Angels Los Angeles, California - 15.11.10

Movie mogul Dino De Laurentiis was so appalled when a young Meryl Streep was brought in to audition for him for King Kong - he called her a "pig".
The moviemaker/producer, who eventually picked Jessica Lange for the role in the 1976 film, thought he was being clever by using Italian to convey his disgust - but Streep understood every word.
She tells America's Entertainment Weekly magazine, "He said, 'Why did you send me this pig? This woman is so ugly... so I looked at him and I said, 'I'm very sorry that I disappoint you.'
"He was so used to treating girls like bimbos (and) never imagined that a blonde person could speak Italian."
De Laurentiis has denied Streep's story, insisting he did meet with the actress about another film project - but the encounter was nothing like the one the actress describes.