Celebrity Boxing's owner Damon Feldman announced on twitter that the proposed fight between George Zimmerman and DMX has been canceled due to the public's backlash criticism over the bout. 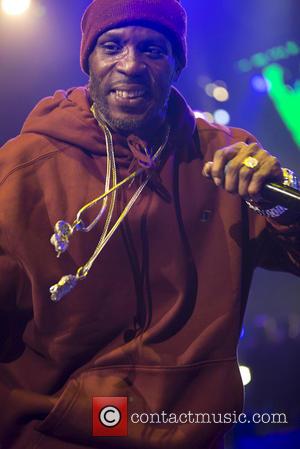 George Zimmerman may have caught a lucky break!

The 30 year-old, who was on trial for fatally shooting 17 year-old Trayvon Martin, was supposed to fight rapper DMX in a boxing match.

However, Celebrity Boxing's owner Damon Feldman announced via his twitter account that the controversial bout has now been canceled.

In a series of tweets Mr Feldman noted that he didn't want to go forward with the fight due to the huge amount of criticism and backlash he is receiving from the public.

"The George Zimmerman fight is canceled I'm sorry for anyone I hurt with this but this was a very big opportunity thank you," he posted.

"Done with George Zimmerman if you had a major payday sitting in front of you, I know no one else would walk away like I did ***Next!!" he added. "I made the right decision I could of made big $$$ but I would rather be happy."

After the decision to cancel the bout was made, Feldman spoke to Rolling Stone and elaborated on why.

"Zimmerman was the wrong person to have in this," said Feldman.

"I looked into the eyes of my son and daughter today and couldn't imagine someone killing them and getting off scot-free. It just really hurt. It was a tough decision because I could have made two million dollars here, but at least I have my dignity. I'm happy. Thank you."

Zimmerman was acquitted for murder in the manslaughter trial but the heavy media coverage of the case means the 30 year-old Virginian quickly became a household name and is a highly controversial figure.

DMX's rep Domenick Nati released a statement to E!News which read, "Damon Feldman has announced that the George Zimmerman fight is cancelled via his Twitter. As previously stated, DMX never agreed to the fight and we thank you for all of the support from DMX's fans."

A press conference, which was scheduled for Tuesday, was likely to iron out the details of the fight but this was also canceled on Friday after it was clear Zimmerman wouldn't attend. DMX will not be fighting George Zimmerman