Dolph Lundgren Is Hoping To Pay Tribute To The Heroes Of World War One In His Directorial Debut. 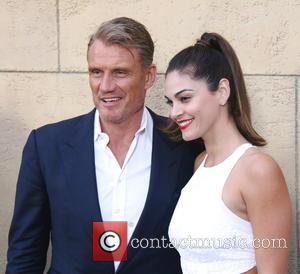 The Expendables star's father was an officer and Lundgren served in the military and now he's planning a major new movie about the Great War.

Lundgren tells WENN, "It took me a while to direct, almost 25 years to figure it out. But I've got a historical movie and it's set in World War One that I'll direct because I like history. I think it comes somewhere from when I was a kid."

And the movie star has been preparing to make his own war movie by starring in one set in World War Two, opposite Mickey Rourke.

He adds, "I did War Pigs last year with Mickey Rourke and it was pretty cool. I played a French legionnaire attached to the U.S. Infantry unit to teach the G.I.s how to fight the Germans, because we're going after this special artillery piece that they built.

"It takes place in 1944 on the Alsace Lorraine region, right between Germany and France - so I'm right in my own country in the movie, which was nice. It's not a big a movie but it has a lot of heart."

And Lundgren reveals he'd like to make a movie that calls on his degree in engineering: "I was actually offered to direct a documentary on engineering big dams but it didn't work out. That would be kind of fun. Eventually my degree will come in handy somehow."