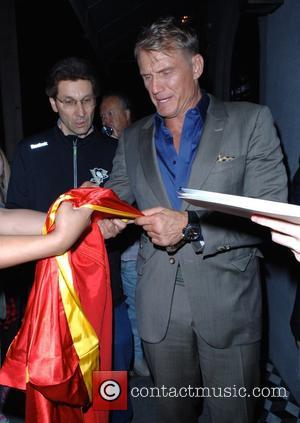 The Expendables hulk has joined an organisation called the Coalition to Abolish Slavery and Traffic (CAST), which works to seek out illegal traders who force captured immigrants to work for them for free.

He tells WENN, "President Obama gave them (CAST) a citation last year. There are some stories that are incredible about people being trafficked into L.A. who are working in forced labour.

"They're (immigrants) not let out of the house where they work 24/7 and they're beaten and threatened. If they are saved, the FBI puts them in a shelter and they educate them, save them from being prosecuted for being illegal (aliens), and a lot of them get jobs; they have green cards and families and are back in society."